Kevin Zegers Defends Letting Daughters, 3, Call Him an Alcoholic: 'Recovery Is a Part of My Life'

Kevin Zegers is standing behind his decision to remain transparent with his young daughters about his alcoholism.

The Canadian-born Dirty John and Fear the Walking Dead actor — who is eight years sober — received some backlash on social media on Wednesday after he posted a video of his 3-year-old fraternal twin daughters, Blake Everleigh and Zoë Madison, calling him an “alcoholic.”

In the clip, Zegers’ wife Jaime Feld asked their girls, “What is Daddy?” They each respond by telling their mother, “An alcoholic.” From there, Feld asks them where their father is right now, before telling them he’s at an Alcoholics Anonymous meeting.

As happy as he was about the clip, some in the comments section questioned Zegers’ parenting choice. So on Thursday, the 34-year-old actor defended his choice in a lengthy Instagram message.

“Being in recovery is a part of my life,” he wrote. “Being an ‘alcoholic’ doesn’t mean that I drink. Quite the contrary. When I’m not home for bedtime, my girls often insist on knowing where I am. Instead of lying to them, or projecting an archaic stigma, we choose to tell them the truth. ‘Daddy’s at a meeting.’ ”

“Our hope is that we teach our girls some empathy and understanding about addiction; that in spite of being an alcoholic they have a father who has chosen a healthy way to live his life,” the actor continued. “For 8 years, I’ve chosen to live a clean and sober life that involves much more than just not drinking.”

“I choose to share this because too many people, like some commenting below, want to shame people with addiction and mental health issues back into the shadows. My choice is to crack the window open so others can see what’s possible on the other side.”

Zegers’ Shadowhunters costar Lily Collins also responded. “Couldn’t love you more or be more proud,” she said. “You constantly inspire me. Those girls are the luckiest to have you as their dad xx.” 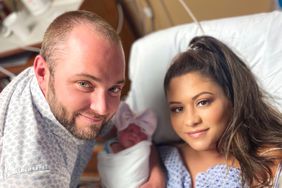 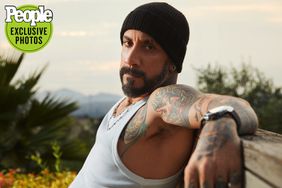 AJ McLean Details the 'Rock Bottom' Encounter with His Daughter, 3, That Pushed Him to Seek Help 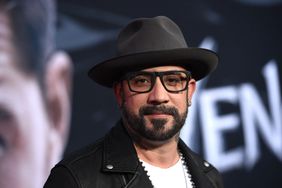