Kevin McKidd and wife Arielle also share son Aiden, 14 months, while the actor is dad to daughter Iona, 16, and son Joseph, 19, from his previous marriage

It’s another kid for Kevin McKidd!

The Grey’s Anatomy actor, 45, and his wife Arielle Goldrath welcomed their second child together and McKidd’s fourth total, the actor posted on Instagram on Tuesday.

“I’m so happy to announce the arrival of our little baboo – Nava James McKidd,” McKidd wrote alongside his post. “She is amazing and our whole family feels blessed.”

McKidd and Goldrath also share son Aiden, 16 months, while the actor is dad to daughter Iona, 17, and son Joseph, 19, from his previous marriage.

“We just got her home and Aiden is already a brilliant big brother to her,” McKidd continued. “Joe and Iona are the best guiding lights to these new souls. Arielle is a WARRIOR and I’m so proud to witness her natural mothering strength and wisdom. Full of love and gratitude #clanmckidd”

Speaking exclusively to PEOPLE after the baby’s arrival, the actor said life right now is “hectic but also so much fun.”

“I am back at work now on season 16 of Grey’s and Arielle is busy with her own culinary projects,” he explained. “We are all so happy and settling into things with Nava. Our family just grew by one amazing little girl! We are so blessed and lucky to have healthy and happy kids.”

McKidd — whose divorce from ex-wife Jane Parker was finalized in December 2017 after 17 years of marriage, following their separation in 2015 — announced he had married Goldrath, a private chef, in March 2018.

The Scottish-born actor also revealed they had a little one on the way at that time, writing on his website that “Arielle and I are so happy to announce our marriage and new baby, who is soon to join our growing family,” in a post titled, “Very Happy, Very Big News!”

He shared that “close friends and family came together with my Grey’s family to share in our celebration day — an intimate, low key gathering culminating in a Scottish Ceilidh dance.”

McKidd concluded, “There’s much to be grateful for and we’re thrilled for the adventures 2018 will bring us all!”

Aiden arrived in May of last year — on Mother’s Day of all days! — when the proud father captioned a black-and-white photo of Goldrath cuddling with their newborn, “On this beautiful Mother’s Day evening … ”

“Welcome little Aiden to our family and to the world!” McKidd continued. “Arielle, you’re the most amazing mother and I love you both so much!”

Though their characters married, they divorced before Oh, 48, left the show. Hunt then went on to marry Amelia Shepherd, portrayed by Caterina Scorsone, but they split in season 14. 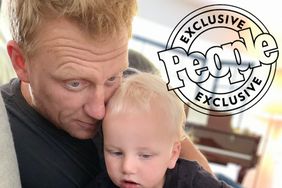 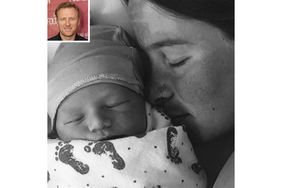 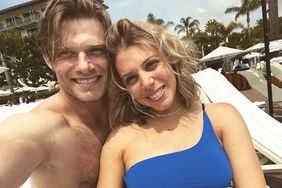 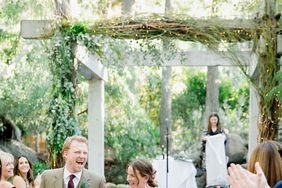 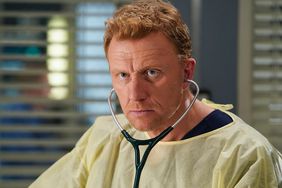