"When your daughter matches your silly you have to embrace it and the silly things that you can do together," Kevin Hart wrote on Instagram

Kevin Hart and his daughter are showing off their dance moves!

The 40-year-old actor and comedian shared a video on Instagram this week showing off his dancing skills after some prodding from his 14-year-old daughter, Heaven.

“When your daughter matches your silly you have to embrace it and the silly things that you can do together,” the Jumanji star wrote in the caption for the video, explaining that his 12-year-old son Hendrix wasn’t in the video because he was sick.

“Heav says Dad that Bop Dance is cool….I say let’s learn it and do it…She says somebody has to teach us…” Hart continued. “I hit @iamdanileigh & say I need your help With the bop…she says I got you…I hit my guy @wuzgood to come over and direct this little cool video and this is what we ended up with.”

“We love to live & laugh in the Hart Household,” the Jumanji: The Next Level star added, inviting his fans and followers to also embrace their silly side. “If your energy doesn’t match ours going into 2020 then your not for us. Here is some holiday silly with lots of love people…take it and pass it down!!!! #Harts #HappyHolidays”

In the video, the father-daughter pair groove to DaBaby’s “Bop,” and their choreographer, singer DaniLeigh, gave them her stamp of approval in the comments.

“Lol you guys killed it and have the coolest relationship ??????” she wrote, while Wes Armstrong, who shot the video, added, “It was my pleasure to do this for you bro!!!!! Looking forward to doing many more ????”

The fun video also caught the attention of Kevin’s pal and Jumanji costar Dwayne Johnson, who applauded the video with some “?❤️??” emojis in the comments, as well as NBA star LeBron James — who sat on Kevin’s lap during the Christmas Day Lakers game. “?????!! Nothing like that Daddy/Daughter connection ❤️,” the NBA star commented.

The Hart family had a jolly Christmas as they attended the Lakers game and also dressed up in some festive pajamas in front of their tree.

“Happy Holidays from the “Harts” ….Wishing you all a Merry Christmas & a Happy New Year!!!! #Harts” Kevin wrote on Instagram alongside a pair of photos of himself, Heaven, Hendrix, wife Eniko and 2-year-old son Kenzo. In the snap, the whole family wears holiday pajamas and sleep masks.

Eniko also shared the festive pictures on her Instagram, writing, “this was the calm before the storm! seeing everyone happy made me happier.. #happyharts! ?” 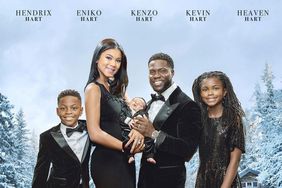 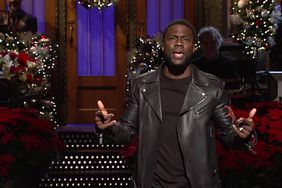 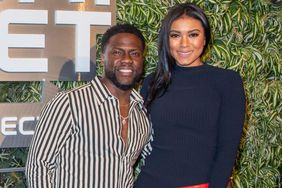 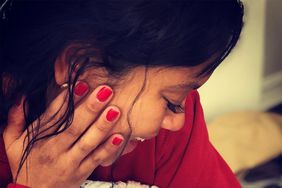 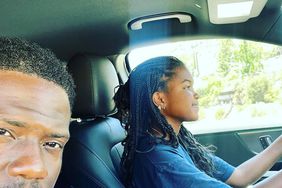 Kevin Hart Teaches Daughter Heaven, 16, to Drive: 'My Little Girl Is Growing Up' 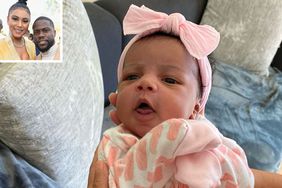 Kevin Hart Shares Adorable Photo of 2-Week-Old Daughter Kaori Mai: 'All I Can Do Is Smile' 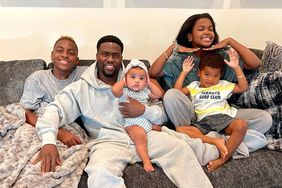 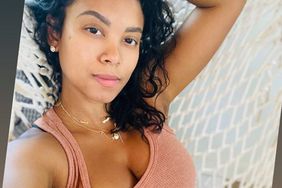 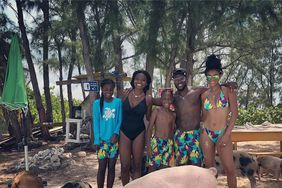