Seventh Child on the Way for Kelsey Grammer

Kelsey Grammer and his wife Kayte are set to welcome their third child together, and Grammer's seventh total

The former Frasier star and his wife Kayte are expecting their third child together, his daughter Greer told PEOPLE at the Storks premiere in Los Angeles, California, on Saturday.

When asked if she was excited to have another sibling on the way, Greer said, “Yes! Yeah, yeah. I’m super excited. I think my dad and Kayte are the best parents. They love having little kids and they want a huge family, so I think it’s just really exciting.”

The pregnancy news doesn’t come as a surprise because though six may seem like a full house for some, Grammer said he wasn’t necessarily done.

“I can’t imagine not trying for more because it’s been incredible,” the Partners actor told PEOPLE in 2014 shortly following Gabriel’s birth. “As soon as [he] came out, Kayte and I were going, ‘Yeah, let’s do another one.’

“It’s just this overwhelming gratification of being close to life like this,” he added. “It just gives you such hope and joy. I’ve never felt more alive or more serenely happy than in the throes of life with these young people. I really enjoy it.”

And Greer has previously talked about her excitement about getting more siblings. A couple of months before Gabriel’s birth, his big sister told PEOPLE their dad — who is also a grandfather of one — couldn’t be more suited for a big brood.

“My dad loves babies,” she said. “He loves having children and he’s always wanted a really big family, so he’s just really excited to have a new little life in the family.

“It gets hard for other people [to keep track of his children],” added Greer, who is Grammer’s only child with Barrie Buckner. “People get confused with how the relations work. There’s going to be so many of us. It’s funny.” 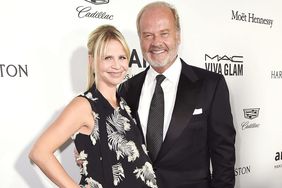 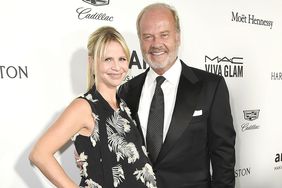 Sixth Child on the Way for Kelsey Grammer

Greer Grammer: My Dad Has Always Wanted a Big Family 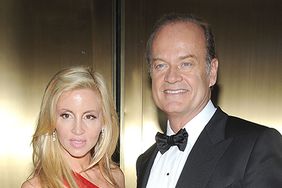 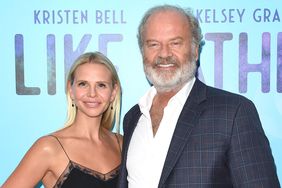 Spencer Grammer on her dad Kelsey and acting