The Hamms are a family of four!

On Friday, The Bachelor alum Kelly Travis Hamm and her husband Hunter Hamm announced the birth of their second child — a daughter named Josephine James — on Instagram.

Sharing back and white photos of her 1½-year-old son Henry Steven meeting his new little sister, Travis Hamm, 33, wrote in the caption, “My baby boy became a big brother and it was magic! Josephine James Hamm – 8.2 lbs, healthy, and so so loved 🖤.”

She added, “Happy Birthday, Josie! You have quite the fan club already.”

In one shot, Travis Hamm and her husband can be seen sitting in a hospital bed as Henry gazes down at little Josephine, while another picture shows the young boy with a birthday cake for the newborn.

Travis Hamm first announced the pregnancy in August with a sweet shot of her family.

“Someone is going to be swinging into 2020 as a big brother!!!” Travis Hamm wrote alongside the photo on her Instagram page. “Baby Hamm #2 due early March 🖤”

Days later, the reality star posted an update, announcing that the new baby would be a girl.

“It’s a girl!!!” she said in the caption. “Honestly, I was pretty convinced we were having another boy. Even though the palm reader in the bar told me I’d have a girl after Henry 😉 I was/am still shocked. So excited for baby girl and for Henry to be a big brother to a sister.”

The mother of two appeared on season 18 of The Bachelor, where she quickly caused a stir after the show listed her occupation as “dog lover.”

Bach Babies! The Cute Families to Emerge from the Bachelor/Bachelorette Franchise

Prior to competing on Juan Pablo Galavis‘ season in 2014, Travis Hamm had dated Hunter for four years and she said that while The Bachelor was in production, “I found myself wishing I was with Hunter, instead of all the incredible places the show was taking me.”

After she was eliminated, she headed back home where Hunter was waiting for her at the airport. “We have spent every day and night together since,” she said.

The couple wed in May 2016 in Atlanta, Georgia, about two years before welcoming Henry. 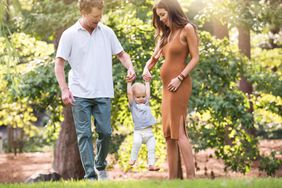 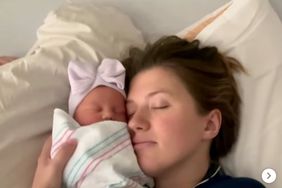 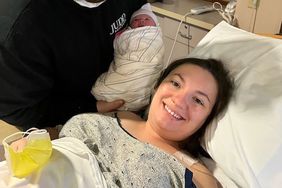 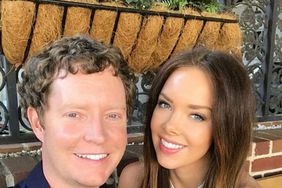