The pop superstar opens up about family, fashion and new music in the latest issue of PEOPLE

Katy Perry has a catalog of chart-topping songs, a Las Vegas residency on the horizon and an exclusive seat at the American Idol judges table, but the pop icon says her most rewarding role is being a mom.

Perry gushes about motherhood in this week's issue of PEOPLE, sharing that her whole perspective on life and fame changed when she and fiancé Orlando Bloom welcomed their daughter Daisy Dove, now 14 months.

The singer says she now prioritizes being present and makes sure to carve out one-on-one time to spend with her daughter when she's not working.

"That hour or two of just sitting, playing, pretending and having a tea party — it gives back so much to see their imagination come to life, and to put the phone down and press pause," she says. "That makes me really happy."

RELATED VIDEO: Katy Perry on Motherhood: 'Becoming a Mother Makes You a Superhuman'

Right now, Perry and her family are getting into the holiday spirit early, thanks to her starring role in Gap's 2021 holiday campaign.

For the brand's new commercial, Perry covers The Beatles' "All You Need Is Love," releasing the single on Spotify to raise money for the charity Baby2Baby.

"You don't want to mess up a Beatles song. Once you put it out on streaming, it just exists forever, so I took my time with it," she shares of the project. "It was a bucket-list moment."

Unsurprisingly, music is always playing in the Perry-Bloom household.

"We're really on a Bill Withers kick over here. We start out every morning with "Lovely Day," and it just really sets the tone," Perry says. "Now the second song will be "All You Need Is Love." It's just a feel-good thing, and that's priceless."

As for their plans for the upcoming holiday season, Perry can't wait to experience the magic of Christmas with her little girl.

"On the 25th, I get to host everyone. I'm in charge of the big day, which is really fun. Daisy was so young for her first Christmas, but now she's so much more aware. The new traditions are starting this year. It'll be exciting to see it through Daisy's eyes. It's just like every little thing comes to life once again when you have a child." 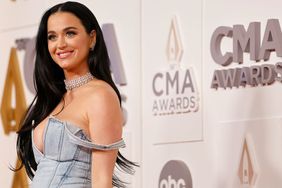 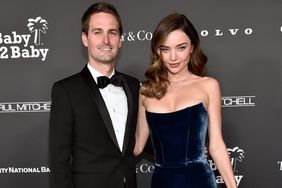 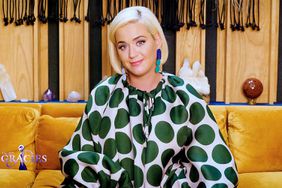