Matthew McConaughey‘s abilities as a father are getting a big endorsement from his Fools Gold co-star Kate Hudson, herself mom to 4-year-old Ryder Russell. Describing Matthew as "one of the most loving and loyal people" she knows, Kate said she thinks that Matthew — who is expecting his first child with girlfriend Camila Alves in late June or early July — "will be an incredible dad."

He’s great with kids and I think he’ll be a very responsible and absolute blast of a dad.

Kate says that she knows there’s much more depth to Matthew than what’s been portrayed in the media, adding,

I think because people see Matthew always out doing something whether [it’s] out dancing in a bar or being on the beach or taking a hike with some crazy bandana on, I think that, like anything, they take their image and what they want somebody else to be and then they just run with that.

Even so, Matthew says he’d be happy to have his child follow in his own laid-back footsteps.

Make no doubt about it. My kid will dance. He will be on the beach and he will be taking hikes with a wild bandana on…He might not dance like I do. Regardless, he or she is still going to have a little rhythm. 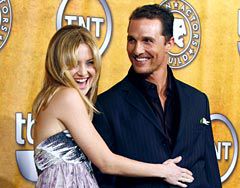 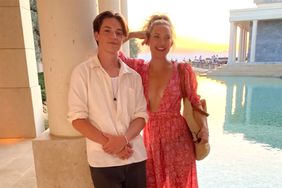 ...and It's a Boy for Matthew and Camila! 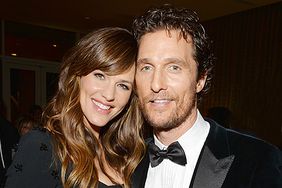 Matthew McConaughey on Levi's Near Miss