"I haven't seen my daughter for two years because of everything," Kate Beckinsale said Friday on Live with Kelly and Ryan, just hours before reuniting with Lily in New York City

Kate Beckinsale is one happy mother.

The actress, 47, was spotted at John F. Kennedy International Airport in New York City on Friday where she reunited with 22-year-old daughter Lily Mo for the first time in two years. Lily was accompanied by her boyfriend David Schechter to pick up her mom, according to The Daily Mail.

Their reunion came just hours after Beckinsale admitted that she and her daughter, whom she shares with ex Michael Sheen, 52, hadn't seen each other since before the pandemic.

"I haven't seen my daughter for two years because of everything. Also, I went to Canada working and she couldn't come see me," she explained last week on Live with Kelly and Ryan. "Two years of not seeing your child is the most preposterous thought."

Beckinsale and her daughter were most worried they wouldn't be able to recognize each other after the time apart. "Thank goodness for FaceTime and all that, but we're both panicking that we'll look really old to each other," she said.

The Jolt actress celebrated her daughter's 22nd birthday earlier this year, posting a throwback of herself carrying Lily as a baby. "Well 22 you sly dog. Happy birthday @lily_sheen the best person ever invented," she wrote in the caption. "Lucky lucky me (even after that volcanic poo you did in Tootsies shortly before this photo was taken)."

Beckinsale previously revealed that she occasionally enjoys a sniff of her daughter's socks while she's away at New York University. "I think kids think when they grow up and leave home you have nothing to do all day-when in fact one can have a rich and full life huffing one's way through their sock drawer and wearing all their pants at once," she wrote on Instagram in 2019.

"I'm just having a little sniff of one of her socks while she's away," Beckinsale later joked on Good Morning America. "Actually, I mainly did that to embarrass her. I said if you leave home, just know I'm going to be going through your underwear drawer, just huffing everything while you're gone. I won't be going out, I won't have a life, I'm just going to be smelling your underpants and your socks."

Beckinsale has remained close with Lily's father, whom she dated from 1995 to 2003. "I think the thing is, if you both really put your kid's well-being first, and share a sense of humor, you're sort of halfway there," she said of co-parenting with Sheen in 2017 while appearing on Netflix's Chelsea with Chelsea Handler. 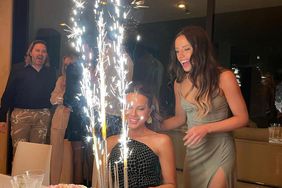 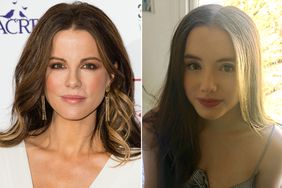 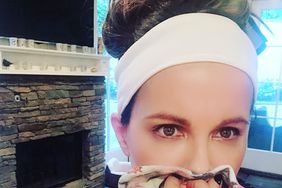 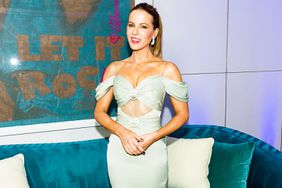