Kanye West seems to be giving fans an inside look at son Saint West's recovery.

On Saturday morning, the "Stronger" rapper, 44, shared a trio of shots on Instagram of x-rays of what appears to be Saint's broken arm.

Though West did not caption the series of photos, many in the comments section of the post sent along well wishes to the musician's little guy.

On Sept. 10, Kardashian West, 40, revealed her son had suffered an injury when she shared an image of Saint sitting in a wheelchair with his right arm wrapped up in bandages on her Instagram Story.

"Who do you think cried more today? My baby broke his arm in a few places today." the Keeping Up with the Kardashians alum wrote alongside the photo at the time. "I'm not ok."

The mother of four later shared a photo of Saint's arm in an all-black hard cast following his doctor's visit. "Poor baby," she wrote.

Kardashian West — who also co-parents daughters North, 8, and Chicago, 3½, as well as 2-year-old son Psalm with West — has yet to share the cause of Saint's injury.

The SKIMS founder previously married West in Florence, Italy, in May 2014. After nearly seven years of marriage, Kardashian West filed for divorce from the rapper earlier this year in February. 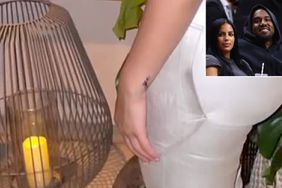 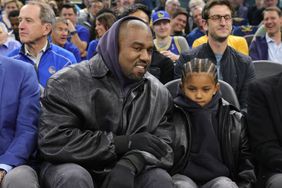