Update: It appears as if we were mistaken and the couple actually had a son, not a daughter.

I’m on maternity leave right now, but I’ll be back in January. We just had a baby three months ago. A friend thought up the name — Ignatius — and it just stuck. 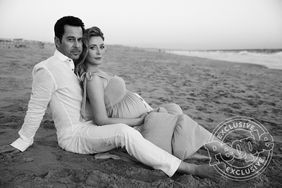