Jonathan Rhys Meyers and wife Mara Lane brought their 1-year-old to the 12th Man premiere on Monday in Fredrikstad, Norway

Jonathan Rhys Meyers and wife Mara Lane brought their 1-year-old son Wolf to his first film premiere for the 12th Man on Monday in Fredrikstad, Norway. The family of three was dressed to the nines with the father-son pair wearing matching tuxedos and bow ties while the mother of one chose a red off-the-shoulder gown.

The actor, 40, and his then-fiancée Lane, who have been together since January 2013 and reportedly got engaged in December 2014, welcomed their first child in December 2016.

Meyers and Lane previously walked the red carpet together in September at the 2017 Boston Film Festival together without their baby boy.

That same month, Lane revealed that she had suffered a miscarriage. They buried their unborn baby under a tree in their front yard, naming the child “Willow.”

RELATED VIDEO: Jonathan Rhys Meyers‘ Wife Reveals She Suffered a Miscarriage — and Her Husband Relapsed as a Result

Lane also shared that her Tudors husband relapsed following the news of her miscarriage, turning to alcohol to cope. She confirmed that Meyers was recovering, living with a sober companion after being denied admission to a hospital due to a two-month wait list.

“Life is life. Life is beautiful. Life is tough sometimes though so let’s try not looking down at someone unless we intend on helping them up,” she said on Instagram. 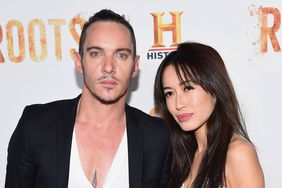 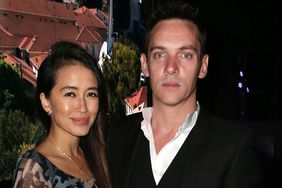