John Stamos Gets Emotional Thinking Back to 'Beautiful' Moment Son Billy, 3, Joined Him on Stage

John Stamos loves to share his passion for music with 3-year-old son Billy.

The singer, 57, recently spoke to Entertainment Tonight about a heartwarming moment in his music career when he brought his son on stage during a performance with the Beach Boys. Stamos has been performing on and off with the popular band since 1984.

While discussing the one-of-a-kind moment, Stamos began to get choked up as he described the sweet scene.

"I had this beautiful moment last week at Petco's stadium, where he sat on my lap during 'God Only Knows' and it was like a moment that I never thought I would ever have. You know, it was nice," he shared.

John Stamos Reveals the Interesting Way His Son Billy, 3, Goes to the Bathroom

Stamos, who shares his little boy with wife Caitlin McHugh Stamos, also revealed that Billy has taken after his dad and sings along to some of the band's famous songs.

"He sings 'Barbara Ann' and he sings 'Kokomo,' " Stamos said.

Last month, Stamos opened up about some of Billy's recent milestones, including becoming potty trained.

The Big Shot actor appeared on The View where he shared that Billy just achieved the feat, but is still using the toilet in an interesting way.

RELATED VIDEO: John Stamos Opens Up About Life with 3-Year-Old Son Billy: 'Better Than I Imagined'

"First of all, you're always trying to protect your kids so they don't kill themselves, but this how he learned to pee," Stamos said, before demonstrating on a chair behind him.

"He climbs up on the toilet like this, then pees like this," Stamos said as he perched himself horizontally on top of the chair. 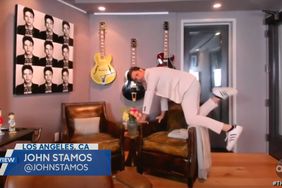 John Stamos Reveals the Interesting Way His Son Billy, 3, Goes to the Bathroom 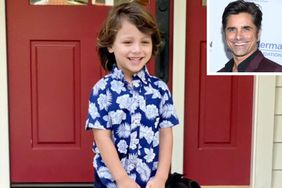 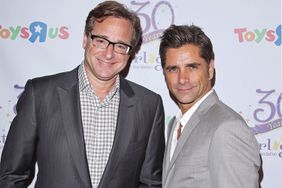 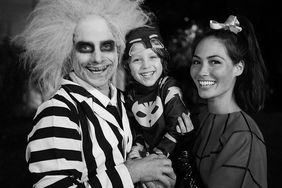 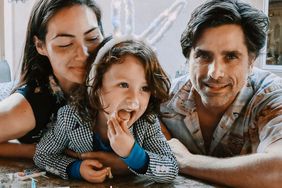 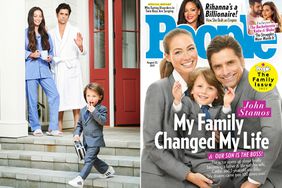 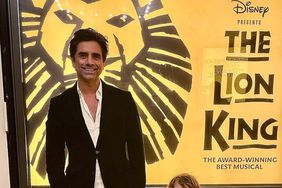 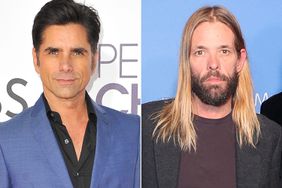