“Kloey’s so small,” notes the Dancing with the Stars alum. “She looks like a little doll. But she’s healthy and doing just fine.”

Not that it was an easy pregnancy. Shortly after learning that she was expecting, Kelly began fighting chronic fatigue. “She was so tired, just exhausted all the time,” Fatone says of his wife of five years. “We took her to the doctors, and they found blood clots in her lungs. It was life and death.”

After a 12-day stay in the hospital – including two days in the ICU – doctors diagnosed Kelly with a rare genetic condition called methylenetetrahydrofolate reductase.

After an intense delivery, everyone is now able to relax. “The blood clots have broken up, Kelly’s doing fine and Kloey is awesome,” the proud papa tells PEOPLE.

Fatone says the name Kloey comes from a combination of his and Kelly’s names. As for the middle name, Alexandra? It was selected by Briahna for her new baby sister. 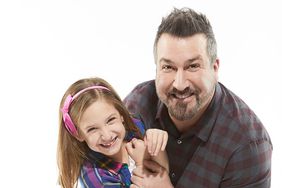 Joey Fatone on Starting Over with Baby Kloey 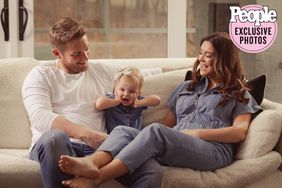