The 30-year-old singer and wife Sophie Turner just welcomed their first child together, after tying the knot in Las Vegas on May 1, 2019. But the "luckiest uncle" has gotten lots of parenting practice in with brother Kevin's two daughters

From the minute Kevin and Danielle Jonas' daughter Alena was born in February 2014, uncle Joe has been obsessed with her.

And Alena seems to feel the same way about her uncle Joe.

He's a "Sucker" for a check-up with his favorite tiny doctor.

The surefire sign he was ready to be a dad? When he trained Alena to fetch him a beer — truly the ultimate dad move.

In November 2016, Joe became an uncle again — this time to Kevin and Danielle's new baby, Valentina.

The star got quality Valentina time when he spent Christmas with her in 2016.

Why walk when your uncle Joe can carry you?!

Kevin's girls got to spend some time at the piano with their favorite uncle Joe!

Looks like the star dressed up as the Best Uncle Ever for Halloween in 2017.

Joe called himself the "🍀 luckiest uncle 🍀" to these little leprechauns.

"LIVE FROM NEW YORK ITS UNCLE TIME!!" Joe wrote as he showed little Alena the set of Saturday Night Live.

Wife Sophie Turner has gotten some training time in too: Just look at this pic of her and Joe snuggled up with Valentina! 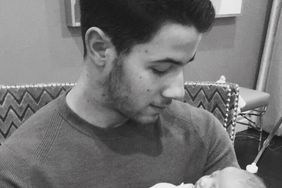 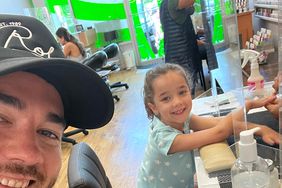