Jodie Turner-Smith is in awe of her body's strength.

The 34-year-old actress is mom to a daughter, whom she welcomed in April 2020 with husband Joshua Jackson. Speaking with MATCHESFASHION in a new Q&A for their "Curated By" series, Turner-Smith shares how she found a new appreciation for her body after giving birth to her first baby.

"I remember feeling my womb for the first time after I gave birth, feeling the emptiness, and I just wept. Because it's just as beautiful, as it is bizarre, as it is completely f---ing normal and human," she says, adding, "My body has more curves now, more folds, more softness, and all of that is the evidence of my biological powers."

"I just kind of grow more in awe of that every day," the Queen & Slim star says.

In an August 2020 British Vogue essay on the "challenges and lessons" of pregnancy and birth, Turner-Smith revealed that she spent nearly four days in labor. She referred to the process of welcoming her baby into the world as "sacred" at the time.

Jodie Turner-Smith on Teaching 'Self-Assuredness' to Daughter: 'It's Important'

Opening up to ELLE in January, Turner-Smith discussed filming the upcoming action flick Tom Clancy's Without Remorse while in her second trimester. "The men think they're hard-core, but they could never do what they do while also making a baby. They just couldn't," she told the magazine with a laugh.

She also said giving birth reaffirmed to her that "patriarchal society really is out here, scamming women into thinking that they're not supremely powerful beings, because damn, it's some goddess-level s---."

Turner-Smith then reflected on becoming a mom during the lockdown brought on by the pandemic. She acknowledged that parents dealing with at-home learning during quarantine have an added struggle too.

"Navigating parenthood at any time is difficult, and it's even more difficult without support, when everything is shut down and you can't really see other people or go anywhere," she says, adding, "I'm not having to sit on Zoom with her and suddenly become her educator as well as her caretaker." 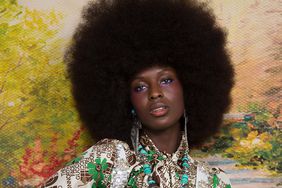 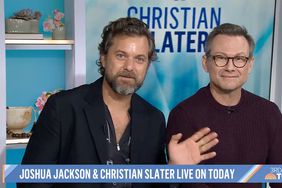 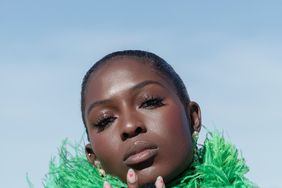 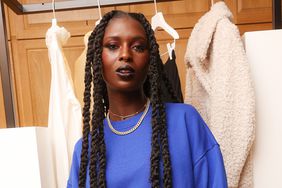 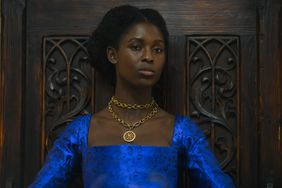 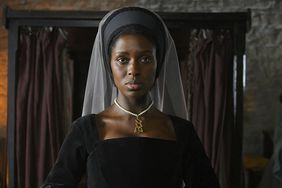