Full House actress Jodie Sweetin, 26, made an appearance at the Nicole Khristine Jewelry party at Social in Hollywood on Thursday — and brought along her big belly! Due April 6th with a daughter, Jodie laughed,

I’m ready to go! It’s a scary thing, but I’m kind of scared of how much bigger I’m going to get!

Jodie shares that she and husband Cody Herpin, 30, are still discussing names, but not to worry — it won’t be as unique as some of the monikers other celebrities chose.

We’re not naming her after any fruits or electronic devices oranything like that. She’s going to have a fairly normal name. We want something different, somethingcute and girly, but not too girly — a little funky.

For his part, Cody is every bit the doting dad-to-be.

He goesand gets me all my little cravings like my frozen chicken pot pies andhe cooks dinner for me and cleans up the house because I’m exhaustedall the time. I’m like, ‘I need a nap!’ He’s really good about that.

Jodie, who is two years clean of a crystal meth addiction that ultimately ended her first marriage, says she wants to insure that her daughter never follows down the same path.

I had to learn to just be comfortable in my own skin. So I hope she’ll learn that a little bit sooner. To just be yourself — that was probably the hardest thing for me that I didn’t learn until I was in my early twenties.

Be on the lookout for a CBB photoshoot and interview with Jodie — we visited her at her California home in late January!

Jodie Sweetin says she's 'excited for sure' about motherhood

Jodie Sweetin: Zoie is the 'Most Important Thing in Our Lives' 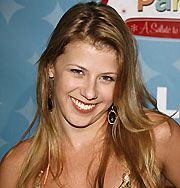 Jodie Sweetin Opens Up About Baby Fat and Babysitters

Jodie Sweetin: One Day at a Time 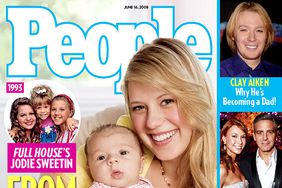 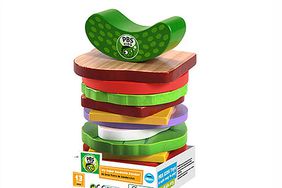