Kimmel announced that on the show's two-week hiatus, he did some painting around the house, grew a beard and, oh yeah, had a baby.

On Monday night, late-night host Jimmy Kimmel revealed pictures of his daughter, Jane – who was born on July 10 – though he did so in a decidedly Kimmel-esque manner.

Kimmel announced that on the show’s two-week hiatus, he did some painting around the house, grew a beard and, oh yeah, had a baby.

“[Wife Molly McNearney, the show’s co-head writer, and I] had a little girl, we named her after my grandmother — her name is Grandma Kimmel,” Kimmel continued. “Here she is with a bow on,” he said, cueing another pic. “She’s drunk as a skunk right there.”

“She weighed 6 lbs., 1 oz. at birth,” Kimmel added. “Twenty inches long, just above the legal limit — sometimes, they make you throw them back.”

“I’ve been taking somewhere in the neighborhood of 10,000 pictures of her a day,” Kimmel said, before showing a picture of Jane with her hand over her eyes in the classic “no pictures, please” pose. Said her dad, “She thinks I’m with TMZ now.”

Kimmel also has two other children, Kevin, 20, and Katie, 22, from his first marriage to Gina Maddy. 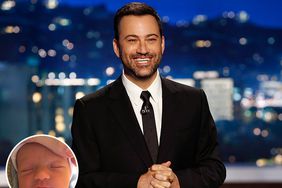 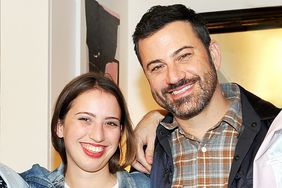 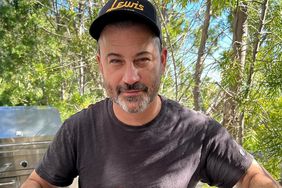 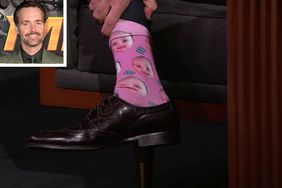 Step Aside! Jimmy Kimmel Has 'Been Replaced' as Host By Daughter Jane