"I took a pregnancy test and it was positive!" the singer, 36, tells PEOPLE. "It was so hard to keep it a secret. I was worried I'd start throwing up on set and everyone would be like, 'Oh, she's pregnant.' "

It was on the first day of her job as the co-host of Bravo’s upcoming new reality show Going Platinum that Jewel got the happy news.

“I took a pregnancy test and it was positive!” the singer, 36, tells PEOPLE. “It was so hard to keep it a secret. I was worried I’d start throwing up on set and everyone would be like, ‘Oh, she’s pregnant.'”

Now in her second trimester, Jewel and her husband, rodeo star Ty Murray, are finally ready to share their happy news.

“We’re so excited to be expecting our first baby,” says Murray, 41. “We always knew we wanted to have a child and this time in our lives feels right.”

The couple, who wed in the Bahamas in 2008, had been trying for two years to get pregnant. “I have always been a workaholic, so I had to learn how to slow down and take care of myself in a different way,” says Jewel about her struggle to conceive.

Jewel and Murray, who live on a 2,200-acre ranch in Texas, are currently remodeling their home and converting the guest room to a nursery.

“I’m trying to be in the moment and really enjoy my pregnancy,” says the singer, who released a collection of children’s songs titled Lullaby in 2009 and is working on a new album. “I feel really lucky.”

For more on Jewel and Ty, pick up the new issue of PEOPLE, on newsstands Friday. 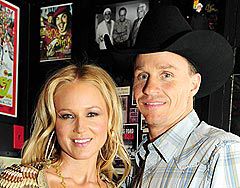 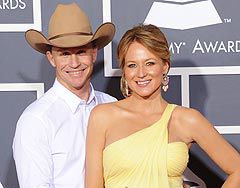 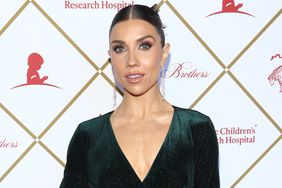 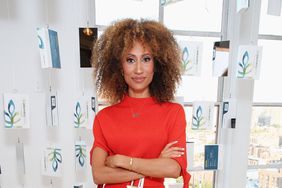