"It's true – I'm going to be a mummy," the singer confirms in a Halloween-themed Tweet

Believe it: Jessica Simpson is expecting a baby!

“It’s true – I’m going to be a mummy!” she Tweeted Monday, posting a photo of herself dressed up as such for Halloween and cradling her baby bump.

The singer and fashion designer has been the subject of pregnancy buzz for weeks after photos surfaced of her shielding her midsection at the airport.

Simpson, 31, has also been recently photographed in New York City, showing off what appeared to be a burgeoning baby bump in form-fitting clothing.

This will be the first child for Simpson, who has previously expressed her desire to have fiancé Eric Johnson’s babies.

“I definitely see myself having a family with him, so that’s exciting to think about,” Simpson said shortly after her beau, a former NFL athlete, popped the question last November.

The baby on the way will be the second grandchild for Simpson’s parents Joe and Tina, who first became grandparents in Nov. 2008 when daughter Ashlee Simpson and her ex-hubby Pete Wentz gave birth to son Bronx.

Jessica Simpson: Yes, I'm Going to Be a 'Mummy!' 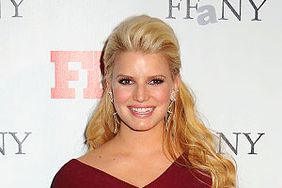 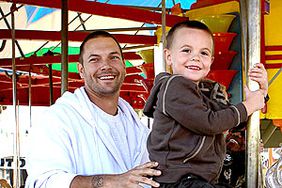