When Jeri Ryan, 39, married her husband, chef Christophe Emé, in June and the couple embarked on a two-week honeymoon across Europe, the Shark actress says that although she had hopes of conceiving, she prepared herself for a battle. Upon their return to California, the couple were shocked to learn that a baby was, indeed, on the way. According to Jeri, "it simply couldn’t have worked out any better."

To get pregnant the first time you try at 39? I mean, I tried to explain to Chris how unusual that is — we have so many friends who are having such a hard time — but his response was, ‘Well, I’m French!’

But of course!  When you’re French, you expect everything!

It looks like I swallowed a basketball! I mean, I’m carrying so forward that if there hadn’t been aclear shot in the ultrasound, I would have sworn it was a boy.

While Christophe hopes their daughter will follow in mom’s footsteps and become an actress, Jeri feels differently, telling TV Guide that she’d "never wish an actress’ life on anyone!" Part of that life, at the moment, involves the Hollywood writer’s strike. While the layoff has come at a huge personal cost for some, Jeri says that the strike has been a bit of a blessing from her perspective.

It’s terrible to say but, selfishly, the timing [of the strike] couldn’t have been better, because I was cooked — my schedule was killing me, and I needed this break desperately.

Jeri and Christophe’s baby is due the first week of March. 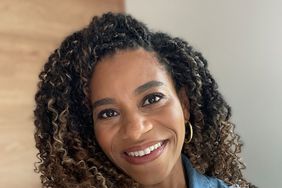 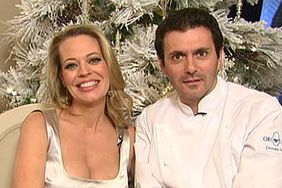 Casey Wilson: Why I Was 'Relieved' to Find Out I'm Having a Boy 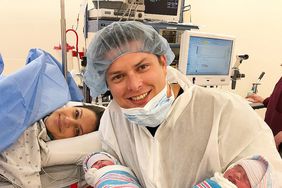