Actress Jennifer Garner, 35, appears on the cover as Glamour’s December issue, honored as one of their ‘Women of the Year.’

Click below for the interview highlights, including who she admires, her relationship with Ben Affleck, having a second child, and how she ended up hugging a sock because she’s a ‘huge dork.’

My younger sister is my hero: She’s a mom andan accountant for the state of West Virginia. She’s able to juggle ajob, kids, volunteer work and church, and she still managesto cook dinner every night without feeling bogged down.

There are lotsof people out there who are literally heroic, but what she does countstoo.

On finding her own balance as a working mom:

I’m trying to, but it’s hard: I just had a year offwhere I put every spoonful of food into Violet’s mouth. Now I’mworking and though I’m usually with her more hours than not, some daysI just can’t be. That’s hard for me, and for the first time, mydaughter.

Luckily my husband is a true partner, and he picks up where Ileave off.

On Violet growing up in the spotlight:

It’s not my favorite thing, but it’s a fact oflife. It’s important to us that she remain a kid. If she wants to dotheater someday, OK. But as far as making a living from it, that’s nota kid’s job. We won’t allow it.

On having another baby:

I always wanted to have several. And Violet needs a sibling. But I’m not pregnant, and we’re not trying yet. [laughs]

On her relationship with Ben Affleck:

We’ve worked really hard not to be one of thosecouples who are constantly in the limelight. In the past we’ve bothbeen the kind of people who go along with things — if you’re supposed tobe photographed together, you don’t question it. But how does that helpyour relationship? So now we refuse to walk the red carpet together:It’s a way of not condoning the attention.

Plus, it just feels silly tobe in that situation with him: Ben was nominated for a Golden Globe. I remember being photographed next to him and thinking, ‘This is ridiculous. You’re not some actor; you’re my husband.’

On why Ben’s lack of perception can be a good thing:

Ben wouldn’t notice; he is the best and worst in that way.We’ll be going out to some event, and I’ll have my hair and makeup doneand I’ll literally have to say, ‘Hey, look at me!’

But it works in myfavor, too, since most of the time I’m a schlep!

On her post-baby body:

Well, sometimes this (grabs a roll on her stomach)can make me a bit crazy. I don’t understand how women can manage to getback in shape with a new baby and a job. I couldn’t even touch exerciseuntil I finished working on ‘Alias.’

And trying to work out when you have a second and third child…. How is that supposed to happen?

It was painful and embarrassing [to see myselfin photos], but I wasn’t going to spend time working out that I couldhave spent with Violet. I was like, ‘Screw it — what am I going to do?’

Trust me, I can be awkward. I tend to make biggestures. Ben and I went to a Red Sox game, and when the mascot came upto us, I hugged it. The pictures showed up everywhere. Ben and I wereboth like, ‘Ooh, too big of a gesture.’

Why did I have to hug the sock?Just say hello like a normal person.

He Said, She Said: Celeb Couples Get Real About Their High-Profile Splits 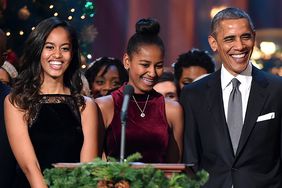 President Obama on the Importance of Being a Feminist Father to Daughters Malia and Sasha: 'Now That's What They Expect of All Men' 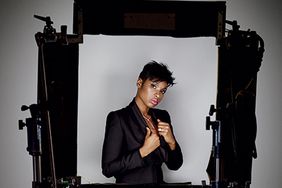 Jennifer Hudson: My Son 'Saved My Life After Tragic Murder of Family 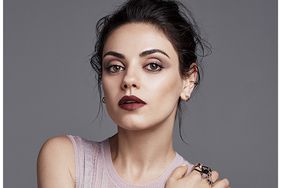