Jenni ‘JWoww’ Farley couldn’t be prouder of how far her son Greyson has come!

On Tuesday, the Jersey Shore star, 33, shared a video update about her son’s progress since he began working with an applied behavior analysis (ABA) therapist earlier this year, just months after the 3-year-old was diagnosed with autism.

Farley said Greyson, who once was non-verbal and had difficulty understanding words, has made major strides after receiving ABA therapy for a little over six months and gradually increasing the time with his We Care Autism therapist.

“Since he started with We Care Autism ABA services, [it] has been one hell of an experience,” Farley shared, adding that she fought her insurance company “to get the best of the best … for Greyson.”

“He used to have [ABA therapy for] two-to-three hours, three times a week, and he would also do speech and OT [occupational therapy] at a local hospital,” Farley told her followers in the YouTube video posted on Tuesday.

“But over time, and recently, we got approved for 30 hours a week for ABA, which is huge ’cause 30 hours of ABA has been a game-changer,” Farley explained. “Not only that, but Greyson goes to preschool three hours a day, five days a week and his ABA therapist Steph goes there for two hours a day with him to really help him transition into the everyday world with people and little kids his own age.”

“These guys changed my life and changed Greyson’s,” she added. “I am a huge believer in ABA therapy.”

In the 13-minute video, Farley documented Greyson’s session with his therapist Ashley, where the 3-year-old correctly identified animals, followed commands, answered questions and recited the alphabet.

The mother of two also revealed how she and Greyson’s therapists have instilled a reward system, which presents the toddler with “presents” after he completes certain tasks correctly.

“He has two types of presents when he does something well,” Farley explained. “Obviously, Greyson loves YouTube, like a majority of kids out there, so he gets a couple seconds of YouTube.”

“And if he goes potty, he requests — a lot of times — a circle, which is a coin and he’s allowed a piece of gum out of his gumball machine,” she added.

After showing off how much Greyson had progressed in such a short amount of time, Farley proudly reiterated to her subscribers how “this is all within a year.”

“Going from not acknowledging your name or being able to sit for literally 30 seconds to doing — I can’t even explain it,” the Jersey Shore star said, adding that she looked forward to the next milestones that Greyson hits.

“I can’t wait to show you [his progress] by Christmas. He should have even more of an update ’cause of how fast he’s been shooting from the hip,” she said. “I feel like our next goal will be fully potty trained, [counting from] one through 20 on his own, maybe more.”

“I don’t know, I feel like you’re just taking over the world one day at a time,” she sweetly told her son, who sat in her lap.

Since then, Farley has kept her fans in the loop as she documents Greyson’s progress, including a recent post where Farley revealed she had taken Greyson on his very first flight.

“This is a huge day for @greysonmathews. I decided it was time to bring Grey on a short flight and see how he handles everything. With the help of @joyks11, tsa and over planning… we made it to the plane with zero tears 🙌🏼,” she wrote beside a photo of the pair.

Farley later elaborated, writing, “Overall he did great! He still gets overwhelmed with the change of scenery and doesn’t understand the concept of certain things… but this mama is proud. I’ll probably wait another 6 months or so before we try again.”

However, when speaking about her personal experience as a parent trying to help her son, Farley has previously opened up about how she felt alone in her efforts.

“When Greyson wasn’t hitting his marks in the world of doctors … not that he couldn’t care less, but [Roger] was like, ‘He’s perfect. He’s going to be fine. This is no big deal,’” she said in an October 2018 Today show interview of her now-estranged husband.

“In that aspect, I felt very alone because I was the only parent,” she continued. “I thought, ‘Am I bad wanting to get him help because Roger’s not concerned, so should I not be concerned?’ ” she said.

Farley filed for divorce from Mathews in September 2018 after almost three years of marriage. 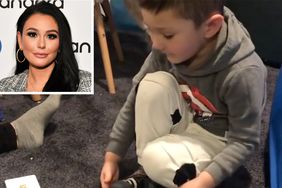 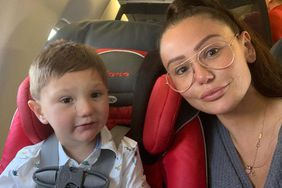 Jenni 'JWoww' Farley Wants to Help Fellow Parents of Kids with Autism: 'I Want to Break the Stigma' 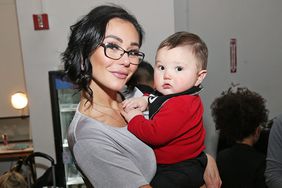 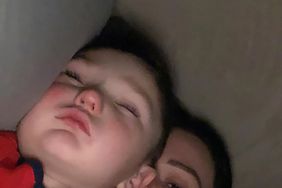 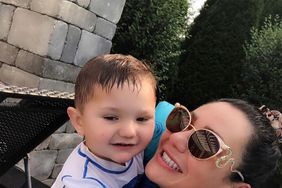 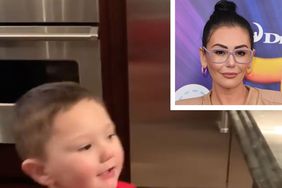 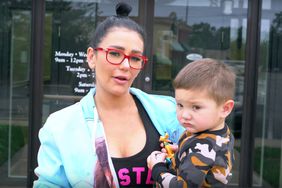 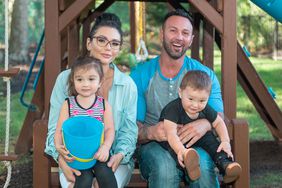 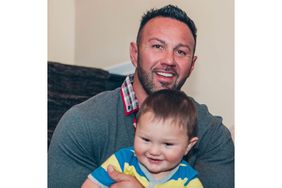