After becoming an aunt recently, Jenna Fischer acknowledged, “I already wanted kids, but even more so now.”

Her wish is coming true.

The Office star, 37, and her husband Lee Kirk are expecting their first child, a rep for Fischer confirms to PEOPLE.

Fischer and Kirk were engaged in 2009 while both were vacationing in Europe and got married last July, with Survivor‘s Jeff Probst officiating the ceremony.

Fischer already has some experience in mommyhood. Her character Pam Beesly on NBC’s hit show had a baby with her on-screen hubby Jim Halpert, played by John Krasinski. 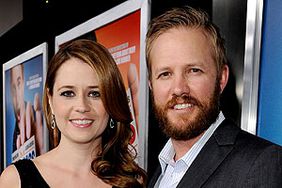 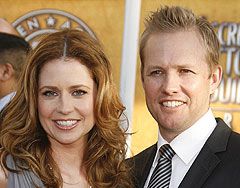