Jenna Bush Hager is getting candid about motherhood in her new book — specifically, how surprised she was by her third pregnancy, describing it as "an immaculate conception."

The former first daughter also writes about feeling a wave of "survivor's guilt" because she wondered how her newly married twin, Barbara Pierce Bush, and costar Hoda Kotb, who pursued adoption to become a mother, would respond to the news. (Her parents, former President George W. Bush and former First Lady Laura Bush, shared the same concerns for their other daughter.)

"Henry and I had no plans to have more children. It wasn't even physically likely," Bush Hager writes in Everything Beautiful in Its Time: Seasons of Love and Loss, which published on Tuesday.

"Infertility runs in my family, and it was not easy to conceive Poppy. Now I was three years older, two years into what's termed — rather insultingly, I've always thought — advanced maternal age. What's more, Henry and I, like many parents of young children, struggle to find time to be ... intimate."

She continues: "If we were to have another baby, it would have to be an immaculate conception."

To Bush Hager's surprise, she suspected she was pregnant with Hal around the same time she was asked to replace Kathie Lee Gifford on the Today show. While she was thrilled by the opportunity, she was also filled with "uncertainty" because she'd have to take maternity leave that fall. "I didn't think it would change things," Bush Hager writes. "I couldn't imagine them taking the offer back. But what if they did?"

Despite her worry, Bush Hager said yes. But her nerves about having another baby were just beginning.

Bush Hager had a doctor confirm her pregnancy. "I knew I should have felt joy, but my first feeling was a surge of survivor's guilt," she writes. "Many of my friends were struggling with infertility. How would they take the news that I was going to have a surprise baby?"

RELATED VIDEO: Jenna Bush Hager Inherited Her Love of Reading from Her Parents and Is Passing It on to Her Kids

In Everything Beautiful in Its Time, she writes even her parents were worried about her sister's response to the news.

"They were delighted, but the first thing my father said was, 'Have you told Barbara?' I knew my father was worried that Barbara, newly married, would likely be trying soon for a baby if she wasn't already," Bush Hager writes. "My parents went through so much in order to conceive us, so they are sensitive to the feelings of anyone who does not yet have the babies they want. They thought that if Barbara was trying, she might understandably envy my pregnancy."

She continues: "My mother scolded my father for putting that pressure on me. She said what she always says when these questions arise: 'Every woman gets her baby in her time.' "

Bush Hager explained to them that she'd already told Pierce Bush, who had laughed at the news ("Three kids? Holy s---!" Pierce Bush said, per the book) and congratulated her.

The Today star writes that the next person she needed to tell was her friend and costar Hoda Kotb. "I fretted over how to do it," Bush Hager writes. "She'd worked hard to adopt her baby, Haley Joy, and she desperately wanted Haley to have a baby sister."

Bush Hager shared the news — and her feelings of guilt — with Kotb. Her costar immediately hugged her and cried happy tears.

"Her understanding and grace allowed me to begin feeling excited about the pregnancy for the first time," Bush Hager writes. "She also told me not to worry about her."

Kotb told Bush Hager that she was in the process of adopting another little girl, so Haley Joy would have a sister, according to the book. (Kotb adopted daughter Hope Catherine in April 2019.)

"We held each other and cried," writes Bush Hager, "full of relief and full of hope." 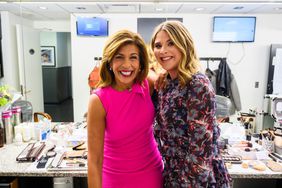 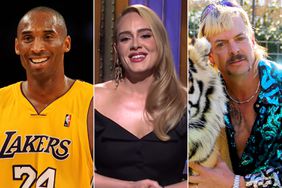