Jana Kramer has a new tattoo plan in mind in honor of her two kids Jace Joseph, 2½, and daughter Jolie Rae, 5

Jana Kramer is ready for some new ink.

The country singer, 37, revealed on her Instagram Stories Monday that she was getting three of her tattoos removed, including her 5-year-old daughter Jolie Rae's birth date as well as the date of her wedding anniversary to estranged husband Mike Caussin, 34.

Kramer, who shares son Jace Joseph, 2½, and daughter Jolie with Caussin, updated her fans on her tattoo removal process while at a skin and laser practice in Tennessee.

"What I'm getting removed is obviously the anniversary and then I am also getting the birth date removed because I'm gonna do a Jolie and Jace tattoo in a new area," Kramer said as one of the doctors prepared the singer's tattoos for removal. "I'm gonna dedicate a new area to Jolie and Jace, I'm excited."

Jana Kramer Slams 'Mean Trolls' Who Claim She's Not a 'Single Mom': 'I Looked Up the Definition'

The musician then documented the removal process, which was performed with a laser while Kramer held a cooling tool on her bicep.

Last week, the "I Got the Boy" artist shared in a lengthy Instagram post that people have been "hating" on her for calling herself a "single mom" following her split from Caussin.

"I read a pretty nasty site that people were hating on me because I said I was a single mom so apparently I'm not allowed to say that," Kramer wrote alongside a picture of herself. "But I am single. I am a mom. But to further drive my point home, I looked up the definition and it's a parent who has the kids more than 50%👋🏼. "

"So to that website of mean trolls you don't know me, so don't be mean," she continued. "Come over for a glass of wine and then judge me all you want after u get to know me and my single momness;)."

The following day, Kramer shared another Instagram post in which she declared herself a single mom. "Single mom boss mode in full gear...," she wrote alongside a mirror selfie.

"I just can't fight any longer. It's time to heal," Kramer continued. "Thank you for all the love, heart, and support, in many ways you have fought on this journey alongside me, and for that I am grateful."

In her Williamson County, Tennessee, divorce filing, which was previously obtained by PEOPLE, Kramer cited "inappropriate marital conduct, irreconcilable differences and adultery" as grounds for divorce from Caussin.

Also in the filing, Kramer requested the court uphold a postnuptial agreement they had made after getting married and that she has primary custody of their son and daughter, with allowed visitation times with Caussin. 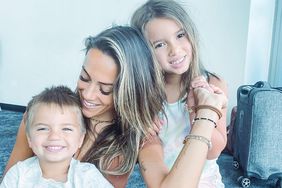 Jana Kramer Slams 'Mean Trolls' Who Claim She's Not a 'Single Mom': 'I Looked Up the Definition' 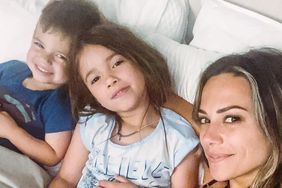 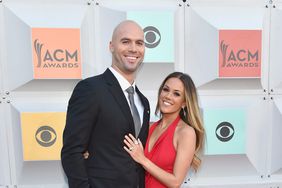 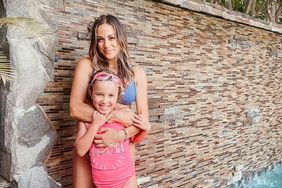 Jana Kramer Tells Daughter Jolie, 5, She Is 'Good Enough' in Candid Post: You Are 'Worthy'