Jamie Otis has suffered another miscarriage.

The Married at First Sight star revealed on Instagram that during a doctor’s appointment on Friday, she and husband Doug Hehner learned the devastating news that she had miscarried at 10 weeks.

“So thankful for this little one and her daddy.🙏🏻” she captioned a photo of herself lying in bed and snuggling with 16-month-old daughter, Henley Grace.

Otis explained that their “baby formed and there was an amniotic sac, but while the amniotic sac continued to grow the baby stopped at some point.😰.”

The reality star said that the couple was given with three options about how to proceed.

“1) Wait for my body to miscarry our baby naturally. 2) Go to the hospital and have a D&C,” she shared, referencing a dilation and curettage, which is a surgical procedure often performed after a first-trimester miscarriage, according to AmericanPregnancy.org. “3) Take medication to help my body miscarry quicker,” she wrote. Taking medication — pills called misoprostol — can make a miscarriage happen sooner, according to American Family Physician.

She admitted that she really doesn’t “want to have to go to the [operating room] and have a D&C for obvious reasons,” and ultimately decided to take medication.

“I’d love for my body to just naturally take the proper course, but since we don’t know how long that would take and since there’s a small risk for infection I opted to take the medicine and hope and pray it works so I don’t have to have a D&C.🙏🏻,” she said.

She then thanked her community of followers for their continued “love, support, prayers, and encouragement.”

“You have no idea how much that has helped both @doughehner & I. You guys are the most amazing community of women & men here on instagram & social media and I hope you know how much we appreciate you all.🙏🏻💗 We are so blessed to have such amazing Frans. We love you guys. ❤️,” she said.

The loss comes more than two years after the married couple lost their baby boy, Johnathan Edward, in 2016 — four months into Otis’ pregnancy.

Otis was 17 weeks and one day along when she lost Johnathan.

Following the tragic loss, Otis blogged about how the couple was trying to stay positive.

“I’m trying to listen and ‘move on a bit’ but I just can’t quite figure out how to continue with everyday life. I just have no motivation to do anything,” she admitted, sharing that despite the much-appreciated well wishes from loved ones and encouragement that God “had bigger plans” for Johnathan, she has spent a lot of time crying.

She said at the time that “Doug has been so good to me with all of this. He’s remained very strong while I’ve felt so weak,” and wrote, “I told him I was trying my best to be strong and remain positive but I just don’t even know how. He just wrapped his arms around me and let me cry.”

The following year, in August 2017, the pair — they were matched on Married at First Sight in 2014 and got married on the show — was overwhelmed with happiness when they welcomed their greatest joy into their lives: rainbow baby Henley.

Eight months later, in April 2018, the couple shared on Instagram that they were ready to start trying for another baby.

The reality star explained that the couple wasn’t able to have sex since Otis gave birth to Henley, but that they were back to trying again.

Jamie Otis Explains Her Decision to Get Pregnant So Soon After Losing Son: ‘I Felt Very Empty’

“This is TMI, but *it* hurt so bad that it wasn’t even physically possible to do *it,*” shared Otis. “But we have finally been able to be intimate!!! …it’s only taken 8 months for *it* to stop hurting. (This is the kinda stuff no one talks about so I had no idea how bad it’d be!!) …But we’re finally working on makin’ Gracie a little sibling to play with.”

But in September, Otis announced another tragic loss: she experienced a chemical pregnancy just days after she shared a picture of a pregnancy test that she hoped was positive.

A chemical pregnancy is “an early pregnancy loss that occurs shortly after implantation,” according to Healthline.

“Sorry I’ve been MIA, this very bizarre positive pregnancy test then negative test then faint positive lines gave me hope that Gracie was going to become a big sis in 9 months, but the night before last I began having terrible contraction-like pains & spotting,” Otis wrote on Instagram. “Then over the night full blown everything – if you know what I mean. I’m a nurse so I had my suspicions; but my midwife confirmed I had a chemical pregnancy,” she continued. “I don’t know why some people have it seemingly SO easy to get preggers & carry their babies to term and others struggle?”

This past December, the duo announced on their podcast, Hot Marriage Cool Parents, that they were expecting another baby. “We’re expanding the family. Jamie and Doug are now pregnant and we’re going to be parents of two,” Hehner said.

Now, as Otis and Hehner continue to process the heartbreaking loss of their baby, she is holding tight to her little girl.

“Spending the rest of the day in bed thanking God from the bottom.of.my.heart for our rainbow baby, @henleygracehehner 👶🏼🌈 Feeling so blessed to have her to hold while my heart aches!🙏🏻,” Otis concluded the Instagram post on Friday. 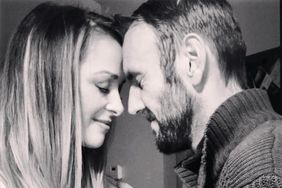 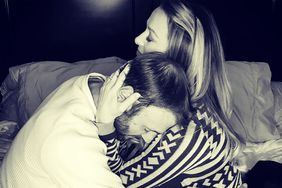 Jamie Otis Trying to 'Stay Positive' After Suffering Another Miscarriage: We'll 'Make It Through' 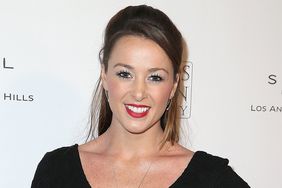 Jamie Otis on Struggling to Conceive Baby No. 2: 'I Thought Having a Family Would Be Very Easy' 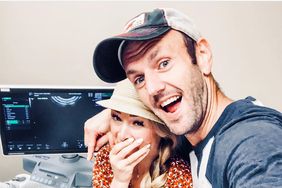