Jamie Otis Shares Photo of Baby Boy She Lost: He 'Deserves to Be Remembered, Not Hidden Away'

"If you've lost your baby early, please know that you're not alone," Jamie Otis captioned a photo of herself and husband Doug Hehner with their baby boy

Married at First Sight star Jamie Otis is continuing to speak out about the grief she and husband Doug Hehner endured earlier this year when they lost their son at four months along.

“October is pregnancy and infant loss awareness month. I can’t sleep well tonight so I blogged about my sweet boy, Johnathan Edward,” Otis, 30, wrote in the Instagram caption next to a black-and-white photo of herself and Hehner in the hospital with their tiny son.

“I realize there is a great stigma associated with sharing photos of your baby who was born too early and has already gone to heaven so I want to say sorry if this offends you. However, if there’s one thing my husband has taught me it’s this: ‘Don’t live life trying NOT to offend anyone and trying to please everyone,’ ” she continues.

“I hope by me sharing my sweet boy, Johnny (as Doug and I call him), you’ll realize that he’s a harmless, helpless baby who deserves to be remembered, not hidden away because his image may offend someone.”

Of the photo, Otis told Entertainment Tonight that her intentions are to spread awareness of something that happens often but is rarely talked about.

“I’ve realized that there are SO many women who have experienced a similar loss and feel so isolated from it,” Otis tells ET. “It wasn’t until I blogged [that I realized that] so many women feel the same way as me. It’s taboo to share photos and talk about miscarriage.”

She continues, “I really want to desensitize this topic. I want to show [other women who have miscarried] that they aren’t alone, and I want to give them a space where they can share their sweet baby who was taken from the world too early. I hope by me sharing my story and my son, Johnny, it helps women who have gone through similar circumstances or who are going through a loss now.”

RELATED VIDEO: Married at First Sight‘s Doug Hehner and Jamie Otis Lose Baby: Our Son Was “Too Beautiful For Earth”

“Since we lost our son I’ve felt so alone and sad. It’s been one of the worst experiences in my life. My biggest fear is that my sweet little baby will just be forgotten and it will be like he never even existed,” Otis continued to ET. “I wanted to share Johnny so as he looks down from Heaven he’ll know how loved, cherished, and important he still is to his mommy and daddy.”

Otis and Hehner lost their son at 17 weeks and one day. Since then, the reality star and blogger has been candid and honest about the struggles of daily life.

“You can sense that people around you kind of just want you to … keep going, you know?”an emotional Otis explained in September on The Tomorrow Show with Kevin Undergaro. “[Doug] came home from work and I was just trying to stop the crying, but I couldn’t. So he comes up the stairs and he literally just dropped his work bag and everything and came over and let me cry. It was just so comforting.”

Added Otis at the time, “I would think I would know how to react to that being that I’ve delivered stillborns, but it’s just crazy when it happens to you. It just sucks.” 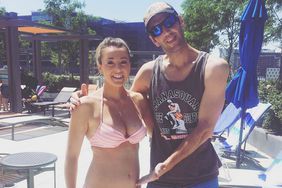 'Married at First Sight' Star Posts Tribute to Child She Lost: 'The Heartache Since You Left Has Been Excruciating'

Jamie Otis and Doug Hehner Name the Son They Lost: 'He Deserves a Beautiful Name to Be Remembered By'

Jamie Otis Opens Up About Baby She Lost: It's 'Crazy When It Happens to You ... It Just Sucks' 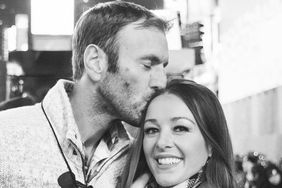 Jamie Otis Is 'Fearful of Losing' New Baby, But Insists She Is 'Choosing Happiness and Excitement Over Fear'