Jamie Otis and Doug Hehner are getting candid about their physical intimacy after baby.

On the latest episode of their Hot Marriage. Cool Parents. podcast, the Married at First Sight couple tells listeners that they "still haven't had sex" since son Hendrix Douglas was born on May 13, due to a combination of health-related factors on Otis' end.

"[Someone] said, 'Jamie, you don't put out,' and I wanna be like, 'Excuse me, girlfriend. First of all, I had a 9 lb., 4 oz., baby tear me to shreds downstairs and then at my six-week appointment, I had to have a colposcopy, so I couldn't have sex again for two weeks," said the new mother of two, 34. "And then I had the [loop electrosurgical excision] procedure and couldn't have sex again for two weeks."

In addition, "I don't feel like having sex, because I'm frickin' depressed!" revealed the labor and delivery nurse. "I don't feel sexy, I don't feel hot; I'm anxious, I'm insecure."

Nikki Bella Talks About Postpartum Sex with Fiancé Artem Chigvintsev: "It Was a Little Different"

Meanwhile, Hehner, 36, is "the most patient man in the world." And while Otis "would like to have sex," she's "honestly kind of scared to at this point."

"I would just like to do anything sexual," said her husband, to which she responded, "Maybe we should just do something sexual because at this point, it almost feels like the first time again, doesn't it?"

"I am insecure and shy," Otis explained. "I feel like a completely different person after having a baby this time around. After having [daughter Henley "Gracie" Grace, now 3], I felt different as well, but we didn't wait so long. After the six weeks, we pretty much had sex almost immediately."

"So this time around, it's just been forever," she added. "I'm shy and scared. I also didn't have postpartum depression after Gracie. I can't explain it, the way I feel. It's not okay, and I'm trying to figure it out."

Some of the techniques Otis has leveraged to try and "get better" is cutting down on sugar consumption and going for walks — as well as seeing a therapist, though that has presented its own set of hurdles.

"The old therapist that I had, who I really jived with and I just really liked her, she now is private and she costs a lot of money and she doesn't take insurance," said the reality star. "I did go to her once just because I felt like I really needed somebody and I was like, 'I'm just gonna fork over the money.' Then I was like, 'I need to find a therapist who accepts my insurance.'"

Otis then tried a therapist, whom she felt "did [her] wrong" after their initial appointment: "No joke, I had one appointment with her and I said, 'Well, I'd really like to keep going with Lisa,' who was her colleague, 'because I really enjoy talking with her but she doesn't accept my insurance, so I was hoping to kind of see both of you.' And she was like, 'Oh, okay!' Then I had the whole session."

"But by the time our next appointment came, she called me 10 minutes prior and essentially was like, 'Well, I'm canceling this appointment and you need to decide between me and Lisa — you shouldn't have two,' " Otis recalled. "I felt so rejected. I can totally see why, but it's the way she did it. ... I'm obviously not gonna go see her again. So now I'm just stuck without a therapist because I feel like I can't afford Lisa."

From changes to her physique to health issues during pregnancy, motherhood challenges and beyond, Otis has been candid about her life as a mom and her relationship with her husband and her body.

Last week, she posted a snapshot of herself and her daughter, in which the MAFS season 1 star wore a tie-front cropped blouse and a pair of denim cutoff shorts. Posing in front of an ad that promised to help people "LOSE 2 INCHES OF FAT IN 25 MINUTES," Otis used the caption to talk about the idea of beauty and how she considers it "an inside thing — not an inches on your waist thing.💗⁣"

"Don't get me wrong, there is absolutely nothing wrong with wanting to lose weight and get healthy & fit, but I just wish that for every one of these signs selling 'get skinny fast' there was a girl next to it who is happy with her curves letting everyone know that it's OK to have extra inches & pounds," she wrote. 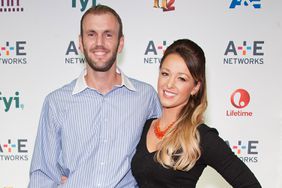 Jamie Otis Talks Marital Issues and Mental Health Struggles: 'I'm Begging for Help in Every Aspect of My Life' 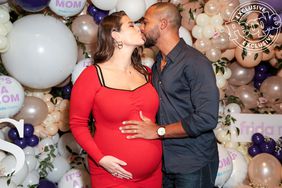