"I'm not usually superstitious, but I definitely think Henley was a gift from her big brother," Jamie Otis tells PEOPLE of her baby girl, born Aug. 22

The most surprising thing about parenthood for Married at First Sight's Doug Hehner? Instinct.

"I never changed a diaper in my life or swaddled. I was never even around a newborn for longer than a day," Hehner, who welcomed daughter Henley Grace with wife Jamie Otis on Aug. 22, tells PEOPLE.

"I feel connected to Henley as my child with Jamie's help, and everything's come naturally so far," adds Hehner, 34. "I feel like a dad."

"I'm not usually superstitious, but I definitely think Henley was a gift from her big brother," says Otis, 31, who lost the couple's first child Johnathan Edward last summer at four months along.

"I'll definitely tell her about Johnathan when she's old enough," Otis says of her daughter. "Kids don't really understand so probably not for a very long time, but I will always have a little piece of him in our home."

TOTAL ECLIPSE OF THE HEART

The first sign of baby Henley's impending arrival came while her mom was at the zoo — during the total solar eclipse, of all times.

"I began contracting just as the eclipse was beginning," Otis explains. "I really didn't think anything of it because I'd been having Braxton Hicks [contractions] for weeks!"

She adds, "As the eclipse was becoming more intense, so were my contractions."

Otis may have had the more difficult task when it came to delivering the couple's daughter, but Dad had an important job too.

"I was in the room and held Jamie's leg while she was pushing," Hehner explains. "I watched Henley come into the world and cut the cord."

"I'd been holding a breath for all nine months of my pregnancy and I could finally let go because she was perfectly healthy," says Otis of Henley.

"It was amazing to hear her cry and squirm and see that she was perfectly healthy and happy. There are no words … relief and happiness."

A RISK WORTH TAKING

"I think I was the first to doubt our marriage. The moment I began walking down the aisle to a complete stranger, I thought I'd made a big mistake," Otis admits. "There was absolutely no attraction and no sparks, so it's so funny to look back now at our wedding day. Our whole journey has led us to the happiest moment of our lives."

"My family thinks [Henley] looks a lot like me when I was a baby," Hehner says. "I feel like she has Jamie's nose and lips. Henley sleeps with her mouth open exactly like me."

Adds the new mama, "Everyone tells us someone different. I think she has her daddy's eyes."

"I've always dreamed of having a daughter," admits Otis. "I never got to have that mother-daughter bond with my mom. I saw my friends with their moms and I'd really envy that amazing friendship. I can't wait for that. She'll never wonder if her mommy loves her."

While Otis was the first of the couple to hold Henley for "skin to skin" contact, Hehner will always remember his turn.

"I remember her being on my chest and feeling her take breaths. I made eye contact with her for the first time. I will never forget, and the instant bond and connection is difficult to put into words," he says.

"I couldn't believe how much love I had for her in such a short amount of time. The feelings continue to grow every time I look at her!"

The new mom "went into a deep depression," after losing Johnathan, she says: "I just couldn't imagine ever being truly happy again."

Even now, "I still have my moments," adds Otis, who began trying for another baby with Hehner shortly after losing their son. "Every month I'd take test after test. It was such a vicious cycle."

"The most surprising thing for me [has been] the sheer pain and difficulty of breastfeeding," says Otis, who works as a labor and delivery nurse.

"We always tell our patients [at the hospital] it shouldn't hurt and if it hurts they're not latched correctly. I'm no longer saying that!" she admits.

"In terms of getting cranky when she's hungry and not liking to share food, she definitely takes after me," says Hehner of his daughter. "She's persistent."

"So far all she likes to do is eat, sleep and poop," adds Otis of Henley. "I'd say she takes after her daddy!"

"I couldn't stop staring at them and couldn't wait to hold my daughter for the first time," Hehner says of the moments after his baby girl's birth.

"When I saw Jamie holding Henley, it reminded me of the day we met … how Jamie was holding her bouquet at our wedding. I knew it would be a while before she would put her down!"

Hehner and Otis may have their hands full with their new family expansion, but they tell PEOPLE their love for each other has only strengthened.

"I feel like the luckiest guy in the world," says the new dad. "The way Jamie handled herself through the pregnancy, labor and post labor is amazing. She's the strongest person I know. She's so dedicated to family and has so much love to give."

Otis' sentiment couldn't be any more similar. "Watching him dote on Henley makes me gush inside … he's so attentive and caring to me too," she shares. "I always loved Doug but I've never been more in love with him than I am now. He's just so amazing." 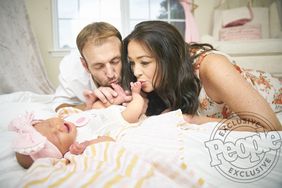 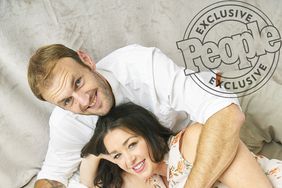 Jamie Otis Went into Labor with Daughter Henley Grace at the Zoo During Eclipse: 'I Was in Denial' 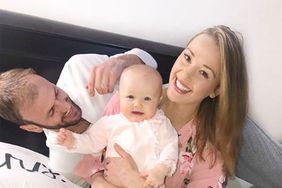 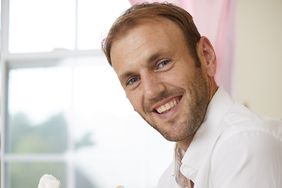 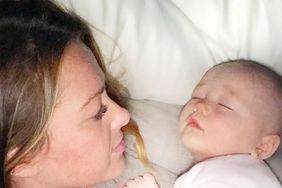 Jamie Otis Reveals She Had a Chemical Pregnancy: 'I Am on a Mission' to Have Another Baby