"It's such a bonding experience," Jamie Lynn Spears tells PEOPLE for this week's issue of breastfeeding daughter Ivey, 6 weeks

Jamie Lynn Spears is settling into life as a mom of two.

The singer-songwriter and husband Jamie Watson welcomed daughter Ivey Joan on April 11; the former Nickelodeon star is also mom to daughter Maddie Briann (who turns 10 next month) from a previous relationship.

“Things are getting back to normal now,” Spears tells PEOPLE of her first month with a family of four. “It’s definitely shifted the dynamic a little bit, because you go from having one child for 10 years, and that’s your full focus.”

Adds the 27-year-old, “Having to find that balance, it’s important to have a partner who can pick up the slack where you can’t.”

The Kentwood, Louisiana-based star and her businessman husband have found an efficient system for splitting up responsibilities — for instance, Watson, 35, handles Maddie’s pick-up and drop-off schedule for basketball and softball practice, while Spears is on diaper duty and feeding.

“I am breastfeeding, so she is pretty on-demand with that,” Spears says of Ivey.

The star also nursed Maddie when she was baby but says the experience is different this time around because she has two kids to take care of.

“Now I have another daughter who I have to go and run behind. So the breastfeeding takes on a new life because, when I’m sitting at my daughter’s softball games, I’m like, ‘Don’t you dare!’ ” Spears jokes of her younger child getting hungry in public.

“So it’s a different story, trying to find and plan when to breastfeed. I can’t say, ‘Hey, I’m gonna go home and breastfeed’; it’s not just about one baby, it’s about two,” she adds.

Recently, baby Ivey did get hungry at one of Maddie’s softball games.

“I sat in the car at the ballpark and breastfed. I was like, ‘If one of Maddie’s friends sees me, she’s gonna be so livid,’ ” Spears recalls. “You gotta do what you gotta do!”

But Spears enjoys nursing, and the connection she feels to her baby through it. “It’s such a bonding experience,” she says. “I love it; I wouldn’t change it. It’s one of the most natural things in the world.”

For more on Jamie Lynn Spears and her new baby girl — including exclusive family photos — pick up the latest issue of PEOPLE, on newsstands Friday. 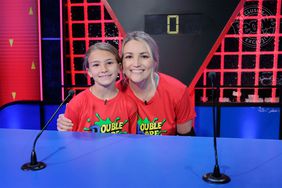 Slime Partners! Jamie Lynn Spears Teams Up with Daughter Maddie for the Return of 'Double Dare' 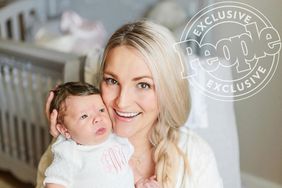 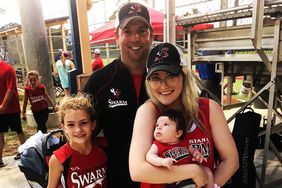