Britney Spears is due with her second baby in mid to late September, and she shares her feelings on pregnancy, Sean Preston, 10 months, and the return to performing. Some highlights:

On pregnancy: It’s "empowering," but "you don’t feel the most beautiful all the time." She adds that she felt unprepared and paranoid while pregnant with Sean, but with this pregnancy she’s just "had to wing it."

On image: "[Pregnancy] was weird for me at first because of who I am. Wherever you go, they expect you to look a certain way. I’m not supposed to be this big huge pregnant superstar."

On working out and performing again: "After this baby…I’m going to get really intense with [my workouts]. According to Harper’s, Britney says she "can’t wait" to perform again, "but I really have to take my time and do it right and be safe…Actually, not that safe. When you perform, you have to be dangerous." 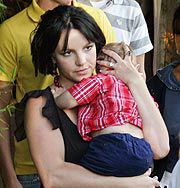 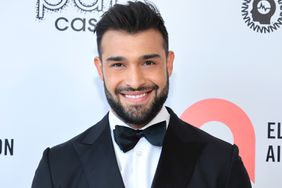