Imagine Dragons frontman Dan Reynolds and wife Aja announced their split in April 2018, later revealing they were working on "rebuilding" this past January

Dan Reynolds is a “Believer” — in a big family!

During a Wednesday appearance on Fox 5, the frontman of Imagine Dragons emotionally revealed that he and wife Aja Volkman are expecting their fourth child together.

“I’ve been on the road for a decade now. I’m looking to take a little bit of time off. I have three little girls, and well, I have one on the way,” said Reynolds, 31. “I actually haven’t told anybody that. There it is. The news is out. We just found out we’re having a boy [in] October.”

The baby news comes almost three months after Reynolds and Volkman, 32, revealed they were giving their marriage another shot after announcing their split in April of last year.

“My wife and I have gotten back together,” the singer affirmed to Fox 5. “We went through a separation for a little while, so [I’m clearing] that up. So I have to be public to let people know we are back together.”

“My wife was asking me if I had [a preference of a daughter or son] one way or the other, and I didn’t want to tell her that I wanted to have a boy,” Reynolds told Fox 5. “I don’t want to be the guy who’s like, ‘Oh, damn it. We’re having [a girl]’ because I love my girls. I really love my girls.”

“But secretly, I was hoping for a boy, to be honest with you,” the “Thunder” hitmaker admitted. “So when they announced it on the phone, she was surprised because I was like, ‘YES! YES!’ and she was like, ‘You told me you didn’t care either way.’ I was like, ‘Well … ‘ ”

Reynolds shared with the news station that he and his wife “do have a name in mind” for their baby boy on the way, but it’s “top secret” for now.

“My brother’s right over there, so I’m afraid he’ll steal the name,” the musician ribbed his sibling. “He has, like, six kids, so who knows? He could have a kid tomorrow, so don’t steal the name!”

Their son will likely be the last child for the spouses, Reynolds explained, joking that “four already feels like a million kids” and adding, “I think we’re done.”

Volkman’s reconciliation announcement came alongside a photo of Reynolds on Instagram, which she captioned, “I’m so proud of you @danreynolds I’m proud of your humility and ability to still show up as the basketball coaching baby loving Dad that you are.”

“It’s been a crazy road. It’s killed us both in so many moments,” continued Volkman, who’s also a musician. “Last year we killed each other and now we are rebuilding. You can become your worst self in the eye of a giant storm. You almost have to. It’s [a] rite of passage. It’s the only road to a better existence. A more mature sense of self.”

In September, Reynolds admitted that his split from Volkman took a toll on their kids, telling PEOPLE, “I have three little girls and this year for my family has been kind of a difficult year for personal and emotional reasons, and just going through that and watching the effect on my girls has been very hard for me.”

Earlier in January, ahead of revealing she and her husband had reconciled, Volkman shared a blurry photo of herself and Reynolds kissing on New Year’s, writing, “2019 is at least getting off to a good start.” 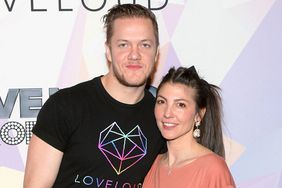 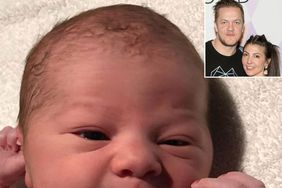 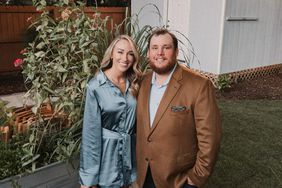 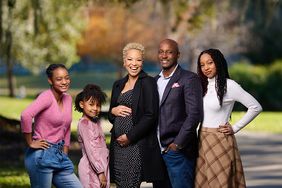