"You had your family with you, which was, I think, very sensible," the actor and father-of-five told his costar Nicole Kidman

Hugh Grant admits being an ocean apart form his kids was more difficult than he anticipated.

In a new conversation with costar Nicole Kidman for Marie Claire, the actor, 60, opened up about shooting the new HBO thriller The Undoing in New York City for five months while his family stayed home in London. (Production wrapped in 2019, and the limited series was originally intended to air in May but was delayed due to the pandemic.)

Grant is father to daughter Tabitha Xaio Xi, 9, and son Felix Chang, 8, with ex Tinglan Hong, as well as John Mungo, 8, 5-year-old daughter and another 2-year-old child with wife Anna Eberstein, whom he married in May 2018.

Kidman, 53, brought along her daughters with husband Keith Urban — Sunday Rose, 12, and Faith Margaret, 9 — from Nashville to the Big Apple for the production, which Grant said he should have done too, in hindsight.

"You had your family with you, which was, I think, very sensible," he told Kidman. "I thought, 'Oh, fantastic opportunity to get away from my screaming children.' I left everyone in London. And then as soon as I got to New York each time I came out to film, I missed so much. It was, it was awful."

Nicole Kidman Says She Passes on Films to ‘Keep the Family Together’: ‘We Have a System’

"You were miserable," recalled Kidman of Grant while making the new show, in which the pair play a married couple involved in a scandalous Manhattan murder.

"I remember almost every scene I acted in made me cry," Grant said. "I remember [director] Susanne Bier having to say, 'Hugh, you're only asking for a cup of coffee, so maybe tears are not appropriate.' "

RELATED VIDEO: Elizabeth Hurley Speaks to Her Ex Hugh Grant 'Quite a Lot': 'I Still Go to Him for Advice'

In 2018, Grant told PEOPLE that having children is "the nicest thing that's ever happened to me."

"It's just lovely to have all that love around," he said at the time. "Suddenly you love someone more than yourself. It's unheard of in my case. And they love you, and it's all enchanting."

The actor added that his family is part of the reason he doesn't constantly "go rushing around for work."

"I have 400 children and so many other things in my life," he said, adding that "what's nice is when work comes along, it tends to be a bit more challenging. I'm too old and ugly to be the young leading man in romantic comedies now, thank God." 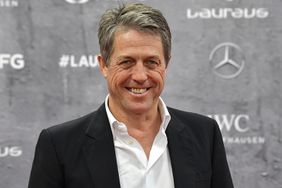 Hugh Grant Jokes About Cutting His Kids' Hair in Quarantine: 'Strapped Them to a Chair' 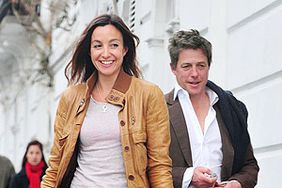 Hugh Grant Is a Father for the Third Time 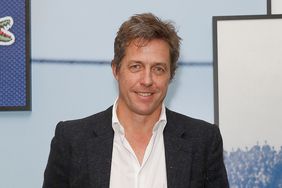 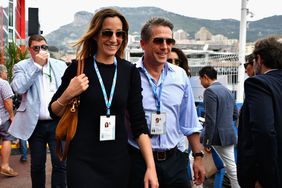 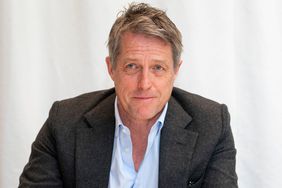 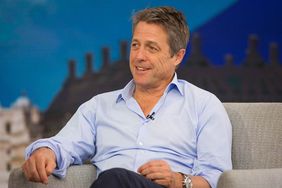 Hugh Grant Opens Up About Marrying at 57: 'I Should Have Done It Before'

It's a Girl for Hugh Grant