Update:
Us Weekly’s source for Britney’s weightloss is not Britney herself, but a "source close to Britney." Given how questionable this described weightloss plan is, we think the source is a big fibber. Britney has obviously taken off some weight, as her face and legs look thinner. Whether she’s done it with rigorous exercise or exclusive breastfeeding or surgery remains to be seen.

We at CBB stand firm in our belief that the last thing a brand new mom should be concerned about is weightloss. This is the time to take care of your baby and yourself. The weight will come off later. Even celebrities whose job it is to look good should keep this in mind. Your baby will only be a baby once.

Originally posted October 18, 2006:
Britney Spears emerged on October 9th, less than a month after giving birth to her second son, Sutton Pierce (or Jayden James) on September 12th. She’s managed to drop twenty-six of the forty pounds of pregnancy weight and is now down to a size 8.

How did she do it? According to Us Weekly‘s Dina Sansing, Britney has lost the weight without the help of a personal trainer or nutritionist. Her postpartum weight loss regimen has included:

We are worried about the message that this sends to new moms, that it’ssafe to exercise like this following a birth and that this kind ofweight loss in a short period of time is normal. It’s important to keep in mind that a decent amount of the weight was the baby himself, the placenta and water loss- possibly 12 pounds. We don’t know if Britney did this, but we’ve heard of celebs having a tummy tuck and liposuction while they are in for their c-section. In any case, we hope that Britney is under the care of a doctor because rapid weight loss is not typically considered healthy, nor is intense workouts before 6 weeks postpartum, especially after a c-section birth which is major abdominal surgery. Safe weightloss is usually no more than 2 pounds a week. This kind of postpartum weightloss is extremely unusual and probably not that safe.

Exercise postpartum, particularly after a surgical birth, to this degree is a very bad idea. Britney’s body would still be healing from the surgery and recovering from the hormones of pregnancy. Anyone who has ever experienced postpartum knows that the unstable feel of even walking across the floor in the early days would make running nearly impossible, particularly at this level. Most post-cesarean moms talk about the abdominal pain that comes with any exertion, not to mention that postpartum staple removal may not happen right away, if she had staples. The general rule of lifting after a cesarean is nothing heavier than the baby for several weeks.

Some of the listed ideas are actually helpful and possible, even early postpartum, like smaller, more frequent meals, replacing white flour and breastfeeding. These would be healthy recommendations for most moms.

It is also important to note that a weight loss of 26 out of 40 pounds is not that dramatic at this juncture, it’s the slimming effect that Britney appears to have accomplished. Though plastic surgery during or immediately following a cesarean is generally not done because of the added surgery and the fact that the results are not the ones often desired, again because of the hormonal state of the postpartum body.

Britney’s second son is rumored to make his debut in an upcoming issue of People magazine.

Source: E! and Us Weekly 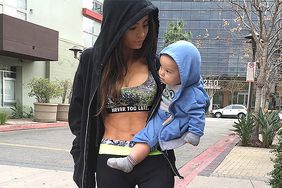 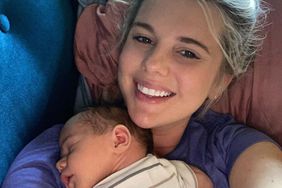 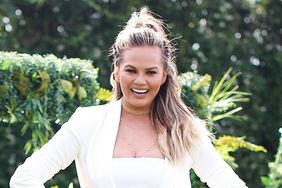 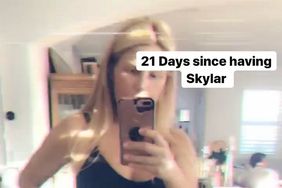 Gretchen Rossi Reveals She Has Lost 25 Lbs. of Her Pregnancy Weight Three Weeks Postpartum: 'Literally, I'm On No Diet' 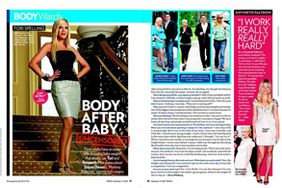