How I Parent explores the ins and outs of modern day parenting with moms and dads from all over the country, who are raising their own unique families and sharing their best advice and most heartfelt lessons with PEOPLE. Want to be a part of it? Email what makes your family so special to howiparent@peoplemag.com.

Name: Alexandra Chau
Location: Queens, NY
Occupation: Works in finance and helps run Food Baby, a food blog on Instagram, with my husband Michael
Family situation: Married with three kids, ages 5, 3, and 14 weeks. My husband and I both work. My father is with the kids most days and my in-laws have the kids on Wednesdays to break up the week for him.
Parenting “philosophy” in a sentence: Worry yourself with the big things, the things that matter, the things that will put your kid on a therapist’s couch.

What was your journey to having the family life you have today?
I always knew I wanted to be a mother. My husband and I met when we were 14 and we started dating when we were 17. I remember joking about it very early on in our relationship because for me, being a mother was nonnegotiable. I knew I would never give up being a mother for anybody and I would never ask another person to be a father if they didn’t want to be. Luckily, my husband and I were on the same page so we saved money, got married at 28, then started having kids at 30.

Our oldest, Matthew, is five; he’s attentive and very sweet to his sisters. He’s gentle with them but he also knows what he wants and can stand his ground.

My daughter Samantha is funny and silly and loves to laugh, but again, she’s a woman who knows what she wants, which is phenomenal. You need to be able to say “no” or “I don’t like that,” so I think it’s great that she has that in her.

Our youngest Nicole is a very easy baby. She also started smiling and laughing a lot earlier than the other children and I think it’s because she’s been around all the action and handles it well. She’s been coming into her personality a lot sooner so I think she’s going to fit in perfectly.

How did your upbringing influence your parenting style?
My upbringing has influenced my parenting style tremendously. There were things that I wanted to do the same as my parents and things I wanted to do very differently. I grew up in a little apartment on 92nd Street and 2nd Avenue in New York City. Growing up, we never owned a home, we never owned a car and those things deeply affected me. Knowing that I wanted these things for my children, I worked very hard and made a deliberate and calculated effort to make it happen.

My father is very fun-loving, which is why I’m so happy that he watches our children now. He took us to every amusement park on the east coast, even though we didn’t have a car, and we probably didn’t always have the money for it either but he found a way to make that work. My husband and I are very much the same way – we have certain trips we take every year. I always think, if my parents did that on their budget, then so can I. I love that I’ve been able to take my dad’s fun-loving, kid-at-heart attitude to raise my kids.

What’s your favorite thing about parenting?
I never laughed so hard until I had children. Some of my favorite moments are watching them interact with each other and hearing the hilarious things they say. I always joke around with people and say, “If you don’t like to laugh, then do not have children.” Now that they’re becoming a lot more talkative, I love learning what they like and what they’re interested in. Watching them become little people is really fun.

I also find it a lot easier than I thought it was going to be. Yes, you don’t sleep a lot at first but I feel like it’s become almost a contest among parents to say who has it worse. Parenting is definitely not a cake walk but there’s all this negativity associated with parenting and I think it’s a lot more fun than people make it out to be.

What’s the hardest part?
The hardest part can be making sure they each get their own individual attention. It can be a struggle to make sure three little people feel like they got the best of you every day but we try. I think another hard part is, as my oldest grows, I don’t want to expect too much from him just because he’s the oldest. Now that we have our youngest baby, who is an actual baby, it can be easy to tell my oldest, “Come on, you’re five now, you can do it,” but he’s still so young and also needs to be babied at times.

How do you find time for yourself?
My husband and I plan date nights every couple of weeks. We can’t do it every week but once in a while, we’ll go out to dinner or the movies. The kids don’t stay up too late, so by 10:30 p.m., everyone’s knocked out and we’ll have time to talk, catch up on what’s going on with our Food Baby blog, or talk about what happened at work.

What’s the best advice you can share with new parents?
It sounds so cliché but: Don’t sweat the small stuff. As a parent, you have to decide what’s really important to you, so pick a few core things and work on them. For example, I’ve given up on [a perfectly clean house], but having manners and being grateful is very important to us so we’ll always work on that with the kids.

Teaching your children that family always comes first is also just as important. You meet a lot of people who say “I haven’t spoken to my sister in a year,” or “I don’t talk to my brother anymore,” and I’m sure that there’s a very good reason why they don’t speak to their siblings but my children are not allowed to be in that situation.

And finally, if there are people in your life who don’t want to give you love and positivity, then you need to drop them like a bad habit. The reality is, you have to start becoming a lot more efficient with your time once you become a parent.

How do you embrace the most unpredictable moments of parenthood?
You have to roll with the punches. I’ve found that people who have a tough time relinquishing control have the hardest time parenting because you have to just let go when you have three little monsters running around. If you love making plans and running by a strict schedule — get rid of that. Try your best but learn to embrace the unexpected.

What would you want your kids to say about you as a parent?
I would want them to say that their mom was really fun and a great listener. I also selfishly hope that they want to live in New York so I can pay forward what my dad is doing for me so I can do that for them. I would love nothing more than to be able to help them navigate parenthood and to watch their children. I think when the time comes, they’ll understand that life is a lot easier with family and I cannot wait for that time to come. 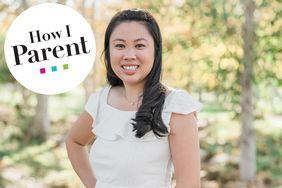 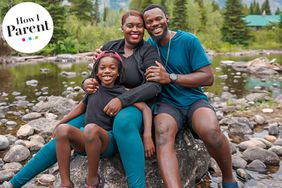 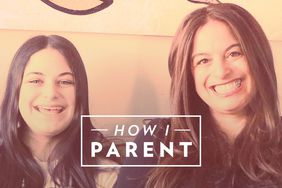 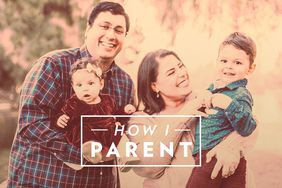 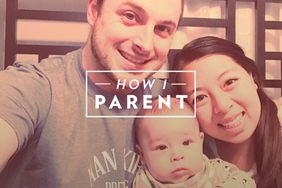 How I Parent: A Mom With a Mixed-Race Family Who Fears Being Mistaken for the Nanny 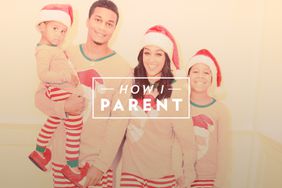 Tia Mowry-Hardrict on Her Secret to Happiness in Parenthood with Husband Cory: 'We Never Follow Trends' 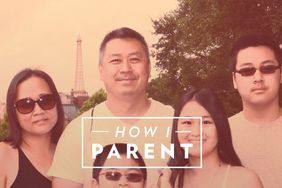 How I Parent: A Mom of Three Kids, Each with Their Own Health Issue 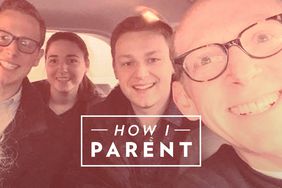 How I Parent: A Dad of Three Grown Kids in New Rochelle, New York 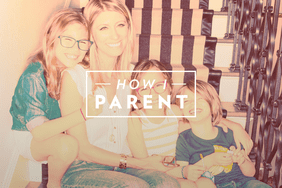 How I Parent: A Mom Whose Daughter's Health Scare Inspired Her to Try a Whole New Career 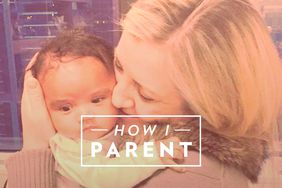 How I Parent: An Adoptive Single Mom of Two Girls from Separate Birth Families 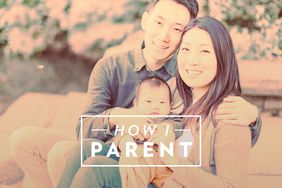 How I Parent: A Young New Mom in New Jersey 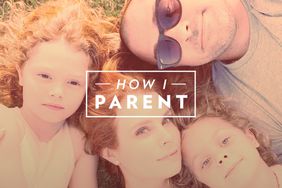