The CNN anchor was hospitalized after giving birth prematurely on Nov. 4

CNN Headline News anchor Nancy Grace, who was hospitalized Sunday with complications after giving birth prematurely to twins on Nov. 4, is now out of danger and doing fine, her husband David Linch tells PEOPLE.

As of Wednesday morning, Grace was “doing pretty doggone good,” says Linch, adding that her medication “has had a dramatic impact” on Grace’s condition.

“She is breathing effortlessly now,” Linch says. “The swelling around her legs and feet have pretty much gone away.” He adds that Grace will likely stay on medication “for a couple of months to make sure everything is okay and prevent any other clots.”

When she and Linch, 49, returned to the hospital the same night of her release to visit the babies, Grace had, according to Linch, “a really bad bout of shortness of breath.” She was checked out by doctors, who at that time did not see any fluid in her lungs and sent her home. According to Linch, her condition had steadily worsened and by Sunday morning Grace was having a great deal of difficulty breathing.

“I woke up at 5 a.m. and she was sitting at the side of the bed and really having trouble breathing,” says Linch. “We were getting ready to go to church and Nancy asked me take her to the emergency room instead.”

When the couple got there, doctors “did an X-ray and CAT scan and identified a couple of small blood clots and found that fluid had come into her lungs the same way it had before.” Grace was immediately prescribed medication, including an anti-coagulant that she has been on all week.

Babies ‘Out of the Critical Area’

The proud papa reports that the babies are also doing well. “John David has gone from being fed via a tube to primarily being fed by a bottle and today is the first day they’re going to try to give Lucy Elizabeth a bottle. Her weight is going up and she’s doing quite well,” says Linch. “They’re out of the critical area and have stabilized pretty well.”

Linch says he expects to take Grace home by week’s end. “We went to see the kids last night and I wheeled her past the McDonald’s in the hospital. She had a vanilla milkshake around 11 o’clock. She’s pretty much back to her old self.” 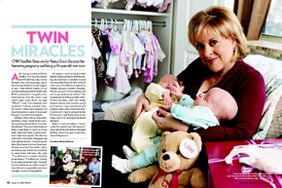 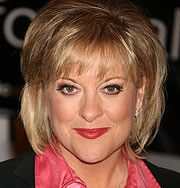 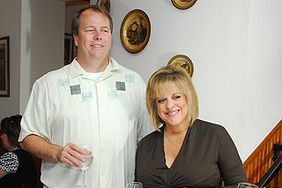 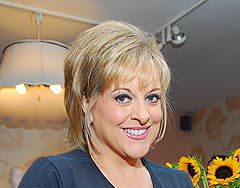