Hoda Kotb found a covert way to send her daughter a sweet message during the Macy's Thanksgiving Day Parade broadcast.

While co-hosting the 94th annual holiday parade coverage on NBC with Savannah Guthrie on Thursday, the Today personality, 56, briefly tugged on her ear at one point — a "secret signal" she later revealed was intended for her 3½-year-old daughter, Haley Joy. Kotb also shares daughter Hope Catherine, 18 months, with fiancé Joel Schiffman.

"Told Haley I would give her a secret signal from parade to say i love you! tug on my ear a la @carolburnett," the mom wrote on Instagram, adding that "Hopey slept thru parade! Naptime!"

Kotb shared a video that was captured of Haley reacting to the moment on TV, the little girl adorably giggling at her mom's signal as Schiffman gave her a kiss on the cheek.

Guthrie, 48, posted her own Thanksgiving tribute to her kids, daughter Vale, 6, and son Charles "Charley" Max, 4, writing on Instagram alongside a gallery of photos: "Thankful."

Last month, Kotb shared photos of her family in their Sesame Street Halloween costumes, with Kotb in a red Elmo shirt and matching headband, her mother Sameha and Hope in Cookie Monster–themed getups, Schiffman as Big Bird and Haley as Abby Cadabby, complete with a multi-colored tulle skirt and puff-ball headpiece.

The TV journalist and her adorable brood met up with other "characters" during their adventure, carrying balloons featuring familiar faces from the show and wearing face masks as they posed for a group photo.

Last month, Kotb confirmed that she had completed paperwork to kickstart the adoption process for a third child after welcoming both of her daughters via adoption. The This Just Speaks to Me author opened up to PEOPLE about adopting again, sharing that her mindset is that "you just wait and see if it's meant to be for you."

RELATED VIDEO: Hoda Kotb on Whether She'll Adopt a Third Child — 'You Just Wait and See If It's Meant to Be'

"I feel like families come in so many different shapes and sizes and as long as there's lots of love, I think they'll endure. I'm just going to wait and see on that one," she said in October.

Haley is in preschool now, and when Kotb drops her off and picks her up from the socially distanced classroom sessions, she can't help but rave about parenthood with the other moms, she said.

"One of my favorite things is standing six feet apart from the moms at the place, waiting for her to come out. And literally, she sprints out the door ... and I scoop her up. It's the best," said Kotb. "When they go in, I'm watching her face. When I see her pointing to her friend saying, 'That's my mom out there,' it makes me want to weep." 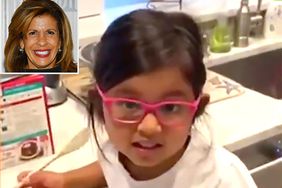 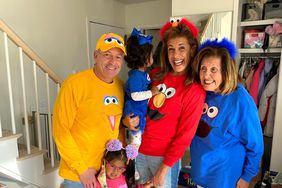 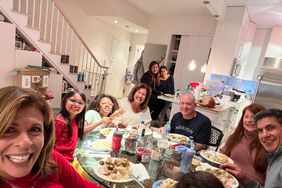