New Mom of Two Hoda Kotb Isn't Ruling Out Possibility of a Third Baby: 'I'd Never Close a Door'

After a 2007 battle with breast cancer left her unable to conceive a child biologically, Hoda Kotb thought she would never be a mother.

Now with two beautiful daughters — Hope Catherine, 3 weeks, and Haley Joy, 2 — the Today show host tells PEOPLE for this week’s issue that she isn’t ruling out the possibility of adopting a third child with boyfriend Joel Schiffman.

Jenna Bush Hager Opens Up About Feeling Guilt Over “Unexpected” Third Pregnancy: “I Prayed” for a Baby for Hoda Kotb

Kotb reveals to PEOPLE that she wasn’t sure whether Schiffman, 61, would want to adopt again after welcoming Haley in February 2017 — months after the couple moved in together.

“At first, I thought, he’s already got a grown daughter, a brand-new job and he’s traveling around,” she says. “We went to get Hope and they put Hope in my arms, and I looked at Joel’s face and he was crying.”

“One thing I do pretty well in life is I pick great people,” she continues. “I picked him, he picked me. I thought to myself, in that moment, that’s everything, that’s it.”

Bringing Hope home and becoming a mom of two has filled Kotb with “overwhelming joy,” she says, explaining that each time she welcomed a new daughter home, her “heart expanded.”

This past April, the longtime television journalist welcomed baby Hope after having applied to adopt again just nine months after welcoming Haley.

“Some [adoption agencies] want you to have the natural sort of rhythm of how your kids will be in terms of age,” Kotb explains to PEOPLE. “So we applied right around then and we’ve been waiting.”

“So every now and then we’d say to Haley, ‘Maybe you’ll have a baby brother or a baby sister,’ ” she adds. “But you don’t really know with adoption, often until the end. I think Haley, in her head, was like, ‘Baby sister coming, baby brother coming.’ ”

For more on Hoda Kotb’s new life as a mom of two, pick up the latest issue of PEOPLE, on newsstands Friday. 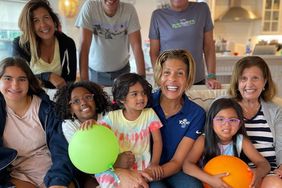 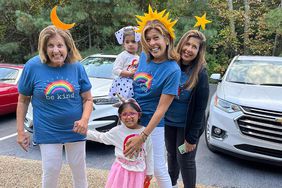