Though followers were eager to give name suggestions, "baby B" could refer to Koma's birth name: Matthew Bair

Hilary Duff could have baby (names) on the brain!

The actress, who announced her pregnancy earlier this month, had fans speculating about the first initial of her daughter’s name when she posted a new photo of herself with boyfriend and father of her child, Matthew Koma.

“Everyday we are growing… Baby B is growing… growing is nice with you,” Duff, 30, captioned the picture of the parents-to-be.

Though followers were eager to give name suggestions, “baby B” could refer to Koma’s birth name: Matthew Bair.

Duff is looking forward to raising a little girl after welcoming her son Luca Cruz six years ago.

“I was so nervous beforehand because I thought for sure I was going to have a boy,” the singer told Ryan Seacrest of when she recalled of the time before learning her baby’s sex. “I have a boy already, which would’ve been great and I’m obsessed with Luca, but I don’t know, I just wanted one of each,” she said.

“My sister has girls and I feel like I’m really girly. But for the past six years I’ve bought monsters and trucks and planes and Luca’s into all the boy stuff, so everything’s blue and green and I was just ready for pink and purple stuff,” she added.

Pregnant Hilary Duff ‘Was So Nervous’ She Was Expecting a Boy: I ‘Wanted One of Each’

While Duff is ready for a baby girl, her son Luca is still getting used to the fact that he will be a big brother.

“The beginning was a little, a little a… he was surprised. And now he’s warming up to the idea,” she said during an appearance on The Late Late Show with James Corden.

“He told his friend at school the other day that he’s having a sister that’s part red-butt monkey,” Duff joked. “So we’ll see! It’ll be a first. That’ll be really cool.”

News of Duff’s pregnancy comes seven months after Duff confirmed she and Koma were back together. The duo dated for a few months before breaking things off last March, only to rekindle their romance in December. 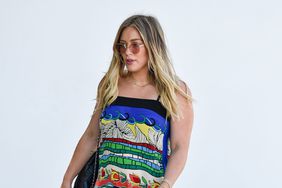 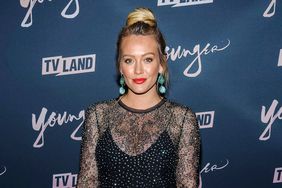 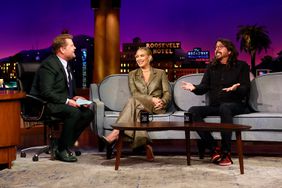 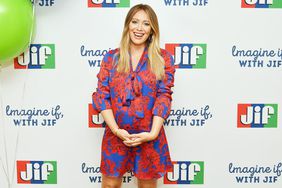 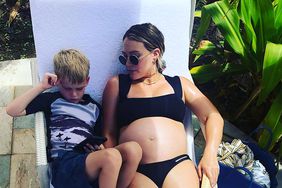