Emotional Hilaria Baldwin Undergoes D&C After Miscarriage at Four Months Pregnant: 'I Made It'

"One foot in front of the other ... now I begin the healing journey," Hilaria Baldwin wrote on Instagram Tuesday after her surgery

Hilaria Baldwin is on the road to healing.

The Mom Brain podcast co-host and wife to Alec Baldwin shared on Instagram Tuesday that she had undergone a dilation and curretage (D&C) surgery after previously revealing Monday night that she had suffered a miscarriage at four months pregnant with a baby girl.

“Eyes swollen from crying, groggy from anesthesia, crampy from the surgery … but I made it and I want you to know that I’m physically ok,” Hilaria, 35, captioned a post-op selfie. “I’m grateful for my family, friends, doctors and nurses, and all of you who have held my hand through this difficult time. You have no idea how much this means to me.”

“One foot in front of the other … now I begin the healing journey ❤️,” she concluded.

Friends and family members offered their support for the mother of four in the comments section, including Alec’s daughter Ireland Baldwin, who wrote, “I love you 💘.”

“You’ve been in my prayers today 💕❤️,” wrote actress Claire Holt, who previously suffered a miscarriage and underwent a D&C herself before welcoming her son James this past March.

Hilaria, who announced her latest pregnancy in September, shared the devastating news on Instagram Monday night shortly after attending her 20-week scan with her doctors. She admitted that she was not expecting the sad outcome when she headed to her appointment earlier in the day, especially after recently suffering a miscarriage in April.

“We are very sad to share that today we learned that our baby passed away at 4 months. We also want you to know that even though we are not ok right now, we will be,” she wrote alongside a video of herself with her daughter Carmen Gabriela, 6.

“We are so lucky with our 4 healthy babies — and we will never lose sight of this. I told Carmen and took this so I could send it to Alec. I guess this is a good way to share it with you too,” she continued in the caption, referencing her husband and their sons Romeo Alejandro David, 17 months, Leonardo Ángel Charles, 3, and Rafael Thomas, 4.

“I told her that this baby isn’t going to come after all … but we will try very hard to give her a little sister another time,” she went on. “I’m really devastated right now … I was not expecting this when I went to my scan today. I don’t know what else to say … I’m still in shock and don’t have this all quite clear. Please no paparazzi … that’s all I ask ❤️”

Ahead of her D&C on Tuesday, Hilaria thanked fans for their support, posting on her Instagram Story that she felt the situation was “a sad reality” as opposed to “a nightmare.”

“I didn’t know so many tears existed in the body,” the fitness instructor and Living Clearly Method author continued. “I’m trying to be present for my grief but understand that life goes on and there is still beauty, even in darkness.”

In the wake of Hilaria’s heartbreaking announcement on Monday, Hailey Baldwin commented on her aunt’s Instagram, extending her condolences to Hilaria and Alec, 61, over the loss of their baby.

“I’m so sorry. Love you guys ❤️,” wrote the 22-year-old model, who is the daughter of Alec’s brother Stephen Baldwin. 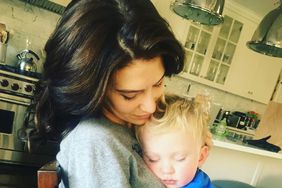 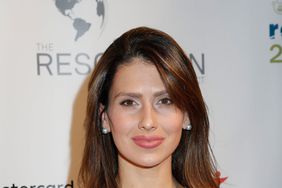 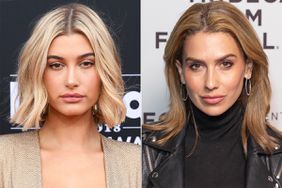