Update: Sarah’s note: I apologize, this should not have been posted. Indiana Rose has not been confirmed by either of the stars reps, and is a rumor that has been circulating for weeks, which her representative denied to me back in December. If they officially release their daughter’s name, we will be sure to post it.

Originally posted 6 am: Actress Helena Bonham Carter, 41, and director Tim Burton, have apparently named their daughter Indiana Rose Burton, according to the German television site VIP. The coupled welcomed their daughter on December 15th and since then have spoke about their efforts in trying to find a name — they thought they were having a boy.

Thanks to CBB reader Coco. 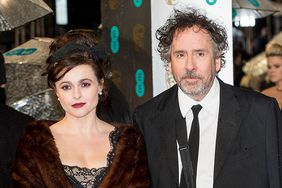 Helena Bonham Carter and daughter out in London