Harry Styles Helps Fan Reveal Sex of Baby on the Way at Concert: 'That's What I Wanted!'

The fan held signs that read, "I'm having a baby. Please make it your business ... and open these gender results"

Harry Styles assisted a fan with revealing the sex of their baby on the way.

The singer, 27, performed in Nashville Wednesday as part of his Love On tour, and at one point in the show, Styles announced that a fan in the audience was expecting a daughter. According to photos shared on Twitter, the fans made signs to ask Styles to make the reveal onstage for them.

"I'm having a baby. Please make it your business..." read one sign, a reference to his "Kiwi" lyric: "I'm having your baby, it's none of your business." Another sign read, "... And open these gender results."

As seen in videos shared on Twitter, Styles happily shared the news with a smile, causing the crowd to cheer when he says it'll be a "little baby girl" after a brief countdown. He then got on his knees and feigned tears before saying, "That's what I wanted! Is that what you wanted?"

On the phone with the dad-to-be, Styles told him, "Congratulations."

Back in June 2017, Styles spoke with Chelsea Handler during an interview featured in Another Man magazine.

When the comedian asked whether he feels he is "going to get married and have kids" one day, he responded, "Well, I think so. Probably."

RELATED VIDEO: Harry Styles Leaves Sweet Note for Fan After His Car Breaks Down Outside Her Home

"I can't wait for a time when that's a thing for me; I look forward to that in my life," he said at the time, adding, "For now, I feel like you enjoy experiences more when you go with people you really want to be with and really care about. I'm enjoying working right now and if you're enjoying working you should make the most of it. I'm enjoying being in the studio and doing this movie and I'm not too bothered about going on vacation. I feel pretty lucky right now." 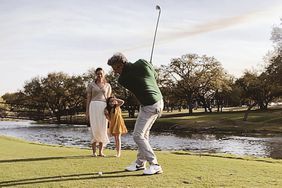 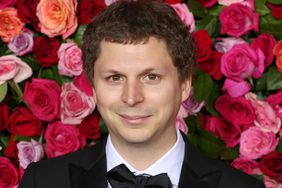