The actors welcomed their first child together - a baby boy - on Saturday, Oct. 5 in Los Angeles, her rep confirms to PEOPLE.

Berry and her husband Olivier Martinez welcomed their first child together — a baby boy — on Saturday, Oct. 5 in Los Angeles, her rep confirms to PEOPLE.

The American actress and French actor, both 47, have named their son Maceo-Robert, a source close to the couple confirms to PEOPLE.

The “Maceo” part is said to be of Spanish origin — Martinez’s father, Robert Martinez, was a Spanish boxer — and means “gift of God.”

Berry — who is mom to 5½-year-old daughter Nahla Ariela from her previous relationship with Gabriel Aubry — has said that she didn’t expect to have a second child.

“This has been the biggest surprise of my life, to tell you the truth,” Berry said in April. “Thought I was kind of past the point where this could be a reality for me. So it’s been a big surprise and the most wonderful.”

It has been a momentous year for Berry, who tied the knot with the French film star in July at a small chateau in Vallery, France.

While joking with reporters in June, Martinez said, “My son will be an American, but I remain French.”

A source at the hospital told PEOPLE on Saturday night, “Olivier hasn’t left Halle’s side. Nahla visited her baby brother earlier today.” On Sunday, the big sister was seen happily skipping and prancing in the corridor of the maternity floor. 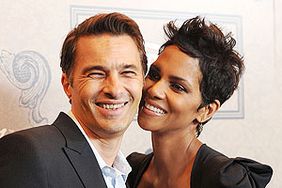 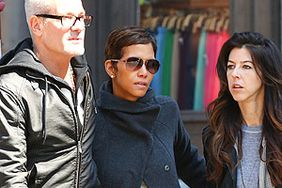