Halle Berry's hesitance to share her son and daughter's faces with the world on social media is a "safety issue," in her eyes, she said Wednesday on Today

Halle Berry has one rule for her kids on social media: When the time comes to share their faces with the world, they will be the one to make that decision.

The John Wick: Chapter 3 – Parabellum star, 52, opened up about her new flick and life as a mom to son Maceo-Robert, 5½, and daughter Nahla Ariela, 11, on the Today show Wednesday, telling host Craig Melvin her hesitance to share their visages with the world is a “safety issue,” in her eyes.

“I just don’t want to plaster them all over the internet. That just doesn’t feel right for me,” Berry explained. “They’re gonna do that soon enough. That’s gonna be their life when they grow up, and they will choose when that starts.”

“I’ve fought really hard to protect their privacy, and I just want them to have their life and have it be theirs,” she said.

RELATED GALLERY: The Great Social Media Debate: Celebs on Why They Do (or Don’t) Share Pics of Their Kids

The Oscar winner surprised fans last July with a rare photo showing half of Maceo-Robert’s face during the family’s Bora Bora vacation. But Berry revealed at the time that she often contemplates when to safeguard her children’s privacy, especially when it comes to social media.

“That was a struggle,” the mother of two told Extra about her decision to show her son’s face on Instagram. “I really don’t like to show my kids very much … but I do realize … my people are, like, solid for me and me for them and I feel like I want to include them.”

She added, “But it’s a fine line because I don’t want to exploit my children … I want to protect my children, so I thought, ‘Half the face is good.’ ”

In October 2016, Berry posted a picture of Nahla and Maceo-Robert showing only their smiles and bodies — but cropping their faces. One Instagram critic called her out, writing, “What’s with the hiding of the faces? They’re beautiful children why not show them off?”

The actress responded, writing, “I’ve noticed you have said this several times now so let me be clear — I’m not at all ashamed of [my] children. I try to find creative ways to incorporate them into my feed because they are the biggest part of my life, but I also work very hard to keep their identities as private as I can considering they are only children,” she wrote.

“It’s my belief, and I’m not criticizing others who have different beliefs, that it’s my job as their mother to protect their privacy as best I can,” Berry continued. “When they grow and they’re of age and they want [to] share their images on the internet, that will be for them to decide, not me. Feel me? Have a beautiful day.” 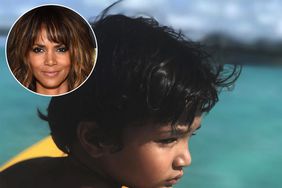 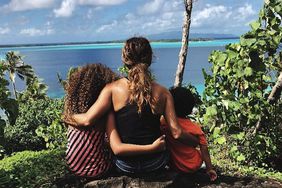 Siblings in the Sun! See the Photos of Halle Berry and Her Kids on 'Magical' Bora Bora Vacation

The Great Social Media Debate: Celebs on Why They Do (or Don't) Share Pics of Their Kids 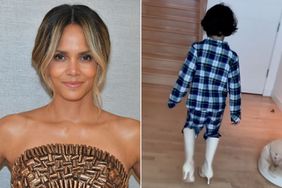 Halle Berry Responds to Criticism After Her Son, 6, Wears Heels: 'Have a Laugh and Some Compassion' 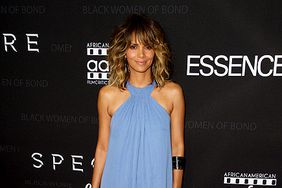 Halle Berry Says Homeschooling Her Two Kids Is a 'Nightmare': They're 'Not Learning Anything'