Heroes’ actor Greg Grunberg has his hands full with sons Jake, 11, Ben, 8, and Sam, 4, so much in fact, that it sometimes feels like he has a different career.

And while the 41-year-old tries to avoid those crashes, he does admit to having close calls.

Oh, every day.  Between homework, playdates and Jake’s epilepsy, our house can be hectic.

Continue reading to see what Greg says about Jake’s epilepsy, art with the kids and if they are allowed to watch dad in Heroes.

You must worry about Jake’s safety.

Yes, and that’s hard.  But he’s not the kind of kid who would let something like epilepsy define him.  Still, he can’t take a shower by himself or play outside without an adult present.  That’s why I got involved with the National Walk for Epilepsy, which will take place on March 29.  Last year I was the Walk Chair, and we raised more than $1 million.

You’ve also done some art projects to raise money for epilepsy, like asking celebrity pals to design greeting cards. Do you do art with your kids?

I go to Goodwill and buy the ugliest painting I can find, then put a coat of primer over it.  At home the boys and I bust out paints and take turns adding splatters or geometric shapes to the canvas.  It’s very Jackson Pollock-like.  So far we have two of them hanging up.

You also play the drums. Do the boys share your love of music?

I’m in a cover band called Band from TV with Hugh Laurie (from House) and James Denton (from Desperate Housewives); each of us has chosen a charity to support using the band’s proceeds.  But, yeah, the kids love it.  We’ve turned our library into a music room and have two drum sets in there.  At Ben’s birthday party I played them for the kids’ freeze dance game.

Are they allowed to watch you on Heroes?

Not the disturbing stuff.  If something scary or bad is going to happen, I tell them to turn their heads.  Luckily, I know what’s coming!  But seriously, what kid wouldn’t want to say, "My dad’s a superhero?"  It’s the coolest thing ever!

Is there a superpower you wish you had?

Yeah, super-metabolism!  I like to cook and to make breakfast every morning.  My family’s brisket recipe was once printed on the front page of the Washington Post’s food section.  The kids also like to spend time in the kitchen.

What are some of their specialties?

Pizza, lasagna, tamale pie, parfaits.  Anything that involves layering is good for them.  They open cans or sprinkle cheese or, for the parfaits, scoop out granola and add yogurt before slicing strawberries with a butter knife.  They make a total mess, but it is well worth it to see the smiles on their faces.

What’s your secret to being a great dad?

Knowing that your kids are the only thing that matters.  That, and your wife of course.  Honey,  I wouldn’t forget you.

Greg and his wife Elizabeth have been married for 15 years.

UPDATE: Heroes' Greg Grunberg's charitable cause for his son 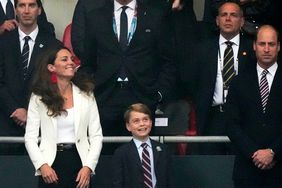