On Sunday, Granger Smith posted a heartwarming series of photos of his son Lincoln, 7, bonding with his newborn baby brother, Maverick Beckham, whom Granger and wife Amber welcomed on Aug. 20.

In the sweet pictures, the country music star, 41, cradles baby Maverick while Lincoln sits on his father's lap and smiles down at his brother. In a second photo, Lincoln adorably pokes the little boy's nose.

"Linc can't get enough of his baby brother! Mav doesn't know him yet…but he will," Granger writes on Instagram.

"There's a lot happening in the world right now. These kids were born for a time such as this. It's our job to equip them with enough integrity, resilience, strength, love and fear of God before they inherit the keys to this world," he continues. "I see no greater challenge, no greater responsibility, no greater honor and no greater reward. What an opportunity!"

Granger and Amber, 39, are also parents to daughter London, 9. The couple's son River Kelly died at the age of 3 after a tragic drowning accident in 2019.

Since welcoming their fourth child, Amber has addressed the "hurtful" comments she and Granger have received about their late son River.

In an Instagram Story last week, Amber shared several screenshots of criticism she had received, including an accusation that Amber and Granger were replacing River with their newborn baby.

"I never like to give these people more attention than they deserve, but it's a reminder that we live in a dark world, where people judge one another, and say the most hurtful, cruel things," Amber wrote.

"Please think before you type or speak your opinions," Amber continued. "The Bible tells us that the tongue is a fire — James 3:6 The tongue is also a fire,(A) a world of evil among the parts of the body. It corrupts the whole body,(B) sets the whole course of one's life on fire, and itself set on fire by hell."

"Choose to be the light," she wrote in another post. "And know who you are in Jesus Christ so when flaming darts come are way you are wearing the armor of God. Not today Satan." 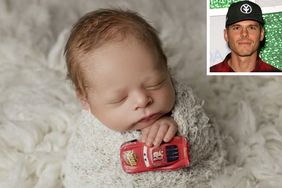 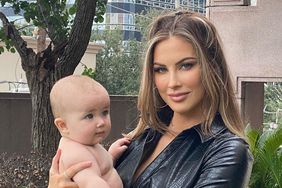 Katherine Webb-McCarron Shuts Down 'Nasty' Comments About Her Postpartum Body: 'My Weight Is Fine'