Argentine soccer legend Diego Maradona has announced that he and his girlfriend, Verónica Ojeda, are expecting a baby. Verónica is eight weeks along. (Verónica may be his fiance- they used the word "la novia" which as far as I know means girlfriend or fiance but if you are fluent in Spanish, please help us translate!)

Maradona is considered one of, if not, the greatest soccer players of all time. He is so famous that even in Rego Park, Queens, New York, near where I live, there is a steakhouse named after his team, Boca Juniors, with photos of Maradona all over the place. (Excellent restaurant, by the way, even by my Argentine father’s high standards!)

Thanks to CBB Reader Diana. 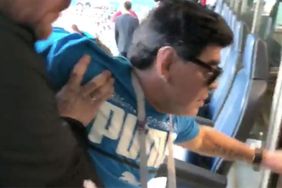 Gerry Cooney Tunes Up, a Stubborn Coach Won't Give Up, and Two Teenagers Measure Up 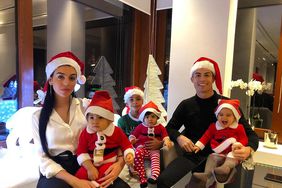 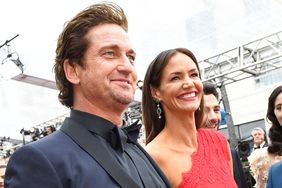 The Team from Hanoi High

After 42 Years in Translation, the Bible Speaks at Last in the Language of the Navajo

The Secret to Serenity