"I'm holding my son's hand now. I wouldn't be able to do that if I was on the carpet," she says

Amanda Seyfried is enjoying spending an award show with her little ones.

For the Golden Globes Sunday night, the Mank actress, 35, told E!'s Giuliana Rancic that she dressed her 5-month-old son in a tux for the occasion, glancing at him off-camera with a smile.

"I've got my son, who is 5 months old, laying against a pillow in a tux. I wish I could show you, he's in a tux," she says. "Actually we haven't put the bow-tie on. I was just feeding him. ... It's really a wonderful time, isn't it for everybody?"

Later, the mom of two remarked about the upside of a virtual red carpet from home: "I'm holding my son's hand now. I wouldn't be able to do that if I was on the carpet."

Seyfried and husband Thomas Sadoski — who married in March 2017 — announced the birth of their second child, their baby boy, in a statement to INARA and War Child USA in late September. They also share 3½-year-old daughter Nina.

RELATED GALLERY: See How Stars Are Getting Ready for the First Virtual Golden Globes

"Since the birth of our daughter 3 years ago our commitment to the innocent children that are so brutally affected by conflict and war has been a driving force in our lives," their statement read at the time. "With the birth of our son the work of INARA and War Child has become our North Star."

On her Instagram Story, Seyfried showed her daughter applying makeup to her hand, explaining it was Mom's way of including her girl in the award show glam.

"I wouldn't let her do my makeup tonight so she brushed my hand," Seyfried wrote.

Seyfried is wearing an Oscar de la Renta gown for the Golden Globes, which she describes as "very sunny and springy, and it makes me really happy to wear it. I feel very glamorous," in a behind-the-scenes video for E! 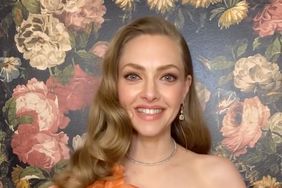 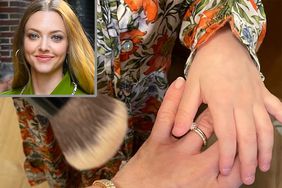 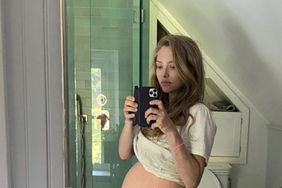 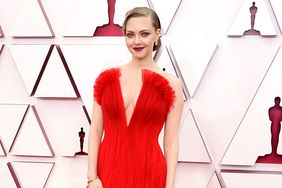 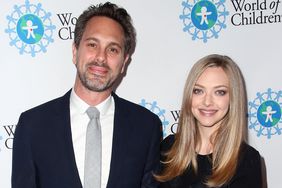 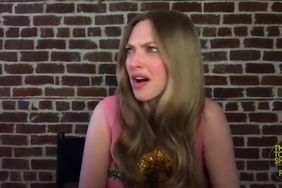 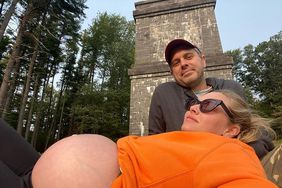 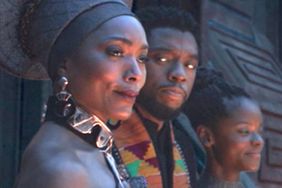 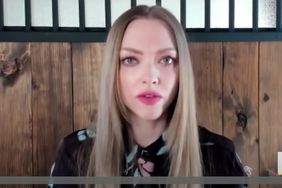 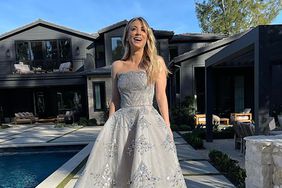 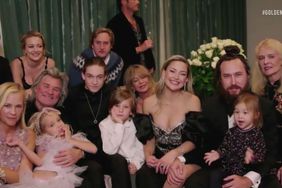 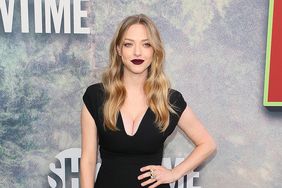