Gabrielle Union Says She and Dwyane Wade Are 'Loving and Accepting Our Kids,' Including Zaya

"It's watching the love handle the hate that has been encouraging," Gabrielle Union says in a new profile for Variety

Standing fully behind her and Dwyane Wade's kids is a no-brainer for Gabrielle Union.

The L.A.'s Finest actress, 47, graces the most recent cover of Variety, in which she breaks her silence for the first time about her one season on America's Got Talent and the surrounding controversy, as well as the parenting approach she takes alongside her husband.

"With all of the love comes the hate too," Union says of Wade's 12-year-old daughter Zaya, who came out as transgender earlier this year. "It's watching the love handle the hate that has been encouraging. We're just loving and accepting our kids, which is not revolutionary. To some people it's nuts."

"For those people who have spoken out so publicly against our family ... I'm not standing on my own," she adds of the support she and Wade, 38, have received from the masses during Zaya's journey.

"The cavalry is arriving, and they are unafraid to stand in their truth and not be compromising when we look at right and wrong," Union says.

As a result, Union — who tied the knot with the Miami Heat alum in 2014 after first starting to date in 2009 and getting engaged in December 2013 — has seen her fair share of parenting, and has no patience for those who judge other working moms for their decisions.

"People thought I was crazy to hire or champion Jessica Alba months after she gave birth," she tells Variety of her L.A.'s Finest costar, who welcomed her third child, son Hayes Alba, in December 2017. "I was asked, 'How are you going to have an action show with a breastfeeding mom? Are you crazy?' "

"But what drove Jessica out of [the] business is not what's going to keep me from hiring her," Union continued.

She and Alba, 39, both star in and executive produce L.A.'s Finest, a crime-drama series based on the Bad Boys film franchise. Aside from her numerous film and television roles, Alba is also well-known nowadays for co-founding and serving as a chairperson for the Honest Company.

"I know it's scary to stick your neck out, and get an ounce of power and have to share it," Union adds. "It's not what we're taught, but you don't have to sacrifice your soul to do it. There's another way, and I'm committed to finding it." 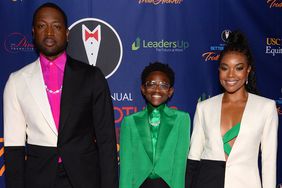 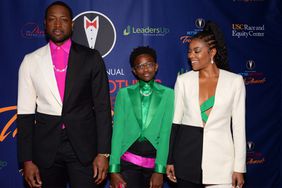