Florida Georgia Line's Tyler Hubbard and his wife Hayley are expecting their first child, due at the end of the year. And like many moms-to-be, Hayley has been enjoying her fair share of pregnancy cravings

Florida Georgia Line‘s Tyler Hubbard and his wife Hayley are expecting their first child, due at the end of the year. And like many moms-to-be, Hayley has been enjoying her fair share of pregnancy cravings.

“There’s a lot of carbs in our house right now,” Tyler, 30, told PEOPLE with a laugh Wednesday at the 2017 CMT Artists of the Year event in Nashville, Tennessee. “We are a couple of months out and she’s past the sick phase. So, we are rocking and rolling and ready for the end of December to get here.”

The Hubbards, who tied the knot in July 2015, announced their pregnancy exclusively with PEOPLE in June — where Hayley opened up up about her “morning sickness,” explaining how she kept busy to combat it.

“[It’s] just nausea all day, but that’s to be expected,” Hayley, 30, said, adding that instead of staying at home and “feeling sorry for” herself, she flew to Malawi with the UCSF School of Nursing to advocate for maternal child health initiatives.

“I’m not going to lie, it was pretty rough. I was definitely exhausted,” she said of traveling. “But it put things into perspective for me because we were working in Malawi with the UCSF School of Nursing and so we were in a lot of hospitals with women that just had babies. They were with their newborns in these dirty congested hospitals and no sheets on the bed — conditions you would never want to have your baby in — so suddenly I didn’t feel as sick or feel as bad.”

She and Tyler got the surprise of their lives in August when they learned that the sex of their upcoming baby was a girl and not a boy as they previously had been told.

“Gods got jokes……After thinking we are having a boy for the last few months, turns out the blood test was wrong and we’re actually having a little girl,” Tyler wrote on Instagram, captioning a sweet photo of himself cradling his wife’s baby bump while their golden retriever Harley sits at the couple’s feet.

“Baby Hubbard’s keeping us on our toes & has another announcement to make!! It’s not a boy! It’s a GIRL!!! 🎀💗🤰🏼🚺🤗 ” she wrote on her own post. “Our hearts are exploding with joy all over again! And shock! And excitement!”

But mostly, the couple told PEOPLE they’re looking forward to being first-time parents. “It’s just an exciting phase of our life and an exciting next step,” Tyler said. “There’s a lot that we’re going to get to learn. Hayley and I both really love learning and growing as people. For us, it’s the next phase and the next stage of life that God can really teach us a lot and show us patience … and selflessness.”

He added, “To be honest, our world, at this point in our life, it revolves around what we want it to revolve around — our wants and our needs and our desires, what we have going on in our schedule … and all that’s about to change.”

RELATED VIDEO: Nelly Says He’ll Be Hanging Out with Chris Lane on Tour with Florida Georgia Line & the Backstreet Boys Because ‘He’s Going to Get All the Girls’

Meanwhile, Tyler and his bandmate Brian Kelley continue to tear up stadiums alongside Nelly, Chris Lane and the Backstreet Boys on the Florida Georgia Line: Smooth Tour, which ends its nearly five-month run this Saturday at the Verizon Amphitheater in Alpharetta, Georgia.

The country stars told PEOPLE Thursday they’re looking at life a little differently in the wake of the horrific Vegas shooting, which left 58 dead and 489 injured.

“Hug the ones you got close to you a little longer, tell the ones you love, you love them a little more,” Kelley, 32, said. “Vegas hit a little too close to home for everyone We’re here to shine light on the situation — that’s the only thing that can drive out darkness. We’re here to let everyone know that it’s going to be okay. And there are better days ahead.

“I’m glad to be part of the country music community that uplifts,” Kelley continued. “I’m glad we pivoted this direction, and I think it was very important. It’s hard not to address it. We were on tour on the West Coast, and we felt so far away from everything so it’s good to be back in Nashville and to have this night to celebrate our fans.” 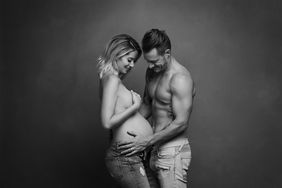 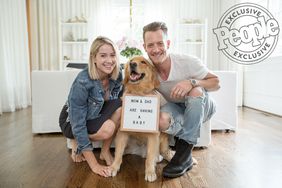 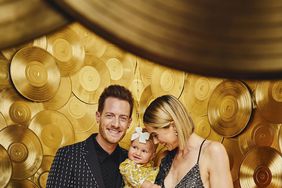 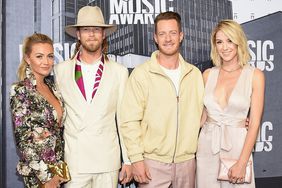 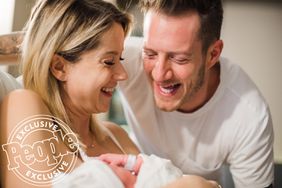 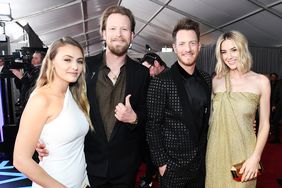 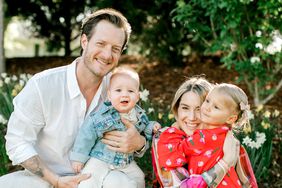 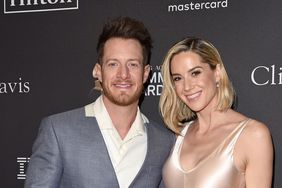 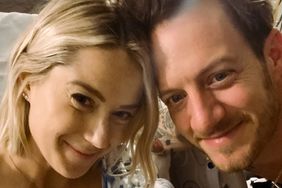 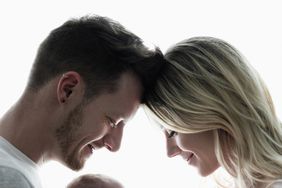 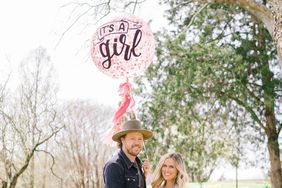